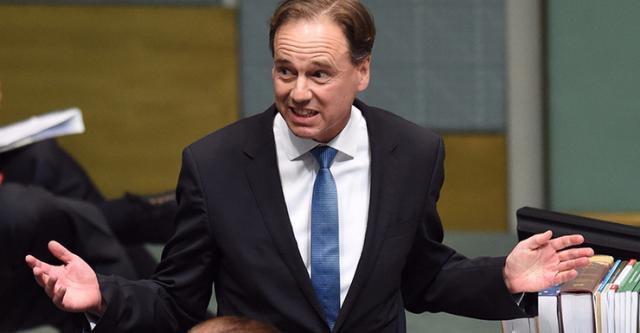 An expensive, months-long federal police investigation has found that hackers were definitely NOT responsible for a senior federal government official from Australia “liking” an x-rated post on Twitter.

Australia’s Health Minister Greg Hunt decided to waste taxpayer dollars when he called for the federal investigators to look into what he insisted must be the hacking of his Twitter account last December after he “liked” a post by Twitter user @bbwcumpumper69. 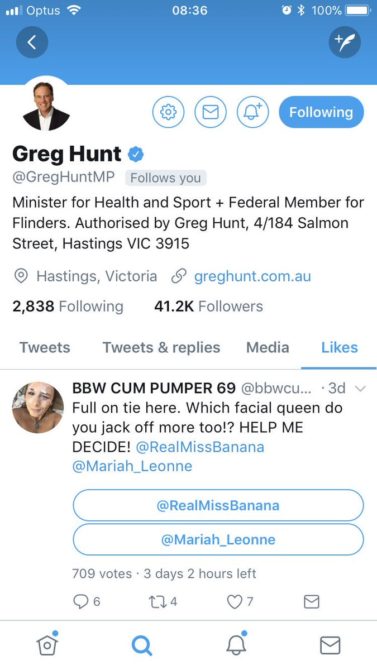 “The account was not hacked in a criminal sense,” AFP commissioner Andrew Colvin told a Senate estimates hearing in Canberra this week, adding, “I think social media hygiene is an issue that we all need to be very conscious of.”

Hunt made headlines last month when he got into a heated debate with a radio interviewer over gay conversion therapy. He tried arguing it was a matter of “free speech” and that people who wanted to engage in the practice were entitled to their views.

Greg Hunt talking to @PatsKarvelas just now is being utterly appalling. Gay conversion therapy is NOT about freedom of speech – as Health Minister, Greg should be damning such ideas across the board without hiding behind freedom of speech.

Oddly, this isn’t the first time a senior cabinet minister from Australia has become ensnared in a pornographic social media scandal.

Last November, Christopher Pyne, who serves as the Minister for Education and Training, “liked” a gay adult video on Twitter.

Afterwards, Pyne, too, said his account was hacked and said it served as a good reminder for everyone to change their passwords from time to time.

“It’s a good reminder to us all, quite frankly,” he said. “We need to keep changing our passwords and being aware of not anybody out there wishes us goodwill, unfortunately.”

I was hacked overnight! I was ? at 2am. Someone tried to hack my social media yesterday. Maybe they are making mischief over the plebiscite?