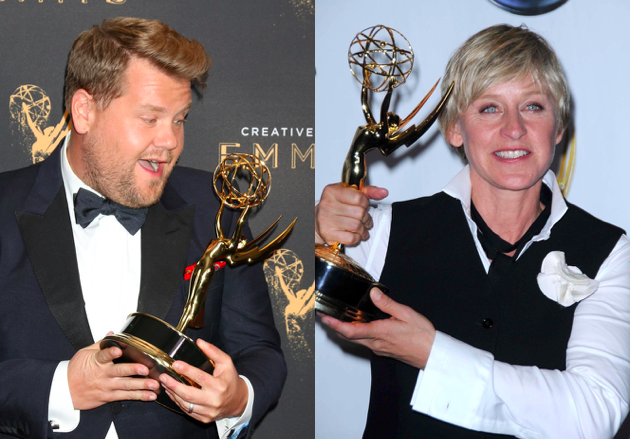 James Corden is finally addressing those rumors that he was being considered as a possible replacement for Ellen DeGeneres on her daytime talk show after her summer of endless scandals.

While playing a game of “Spill Your Guts or Fill Your Guts” with Alicia Keys on The Late Late Show with James Corden, Keys asked Corden pointblank about the rumors, to which he replied: “Genuinely, I have no idea where that even came from.”

“I think somebody started a rumor somewhere and someone jumped on it,” he continued. “There is absolutely no truth in that story at all, zero.”

Corden went on to say that he wouldn’t even consider that sort of gig because “I think it would be a really crazy thing to take over from someone who I think has done the job so outrageously well for like 18 years.”

“So it’s not true,” he reiterated. “And I think, when the day comes to end this show, [it] will be the day to probably stop hosting a show every day, so no I wouldn’t [consider it].”

In other Ellen news, the funny lady will not be hosting her show today. Instead, her new co-producer and resident DJ Stephen “tWitch” Boss will be filling in, with his wife, Allison, playing guest DJ.

As part of his guest hosting gig, Boss will sit down with Queer Eye‘s Karamo Brown to talk about his recent split from fiancé Ian Jordan.

Degeneres announced that Boss had been promoted from DJ to co-producer after six years of working for her as part of her effort to clean up the show’s “toxic” workplace environment, which has included allegations of racism, verbal abuse, and sexual harassment.

Season 18 of the Ellen Degeneres Show kicked off this week. The first seven minutes of the premiere episode were devoted to Ellen offering an apology for her past mistakes and promising to do better in the future.