With its focus on misfits and outsiders trying to shake off the shackles of conformity, Mitchell insists the film is inherently queer. And for this reason, and his long history of creating queer content, John Cameron Mitchell is one of Queerty’s Pride 50 this year.

The Hedwig creator met up with Queerty recently to chat about punks, queers, aliens, and Brexit.

What first attracted you to this story?
The adaptation process was beginning without me. Howard Gertler, the producer on Shortbus and How to Survive a Plague, got the rights and brought in Philippa Goslett, a British writer. Philippa and Neil Gaiman started talking, so a lot of his earlier life started coming into it—the punk world and comic books and Croydon. So there was a treatment and I liked where it was going, and I thought it could go in more directions that I enjoyed.

But you had a hand in the adaptation, in writing the screenplay.
Yeah, there was a treatment and then I came in and started crafting the screenplay with Philippa. She wrote a draft and then I wrote a draft. So we were writing it together. But, partly because the short story was magical but it was also very fragmentary and felt really like the beginning—it was really the first act of a longer piece—we could extrapolate on it. The Romeo and Juliet story is one I’ve always loved. People falling in love from different tribes, shattering hatred with their love. There was a bit of an opportunity to comment on punk and alien fascism. We have a Brexit metaphor, jumping off the building with British flags to avoid contamination. 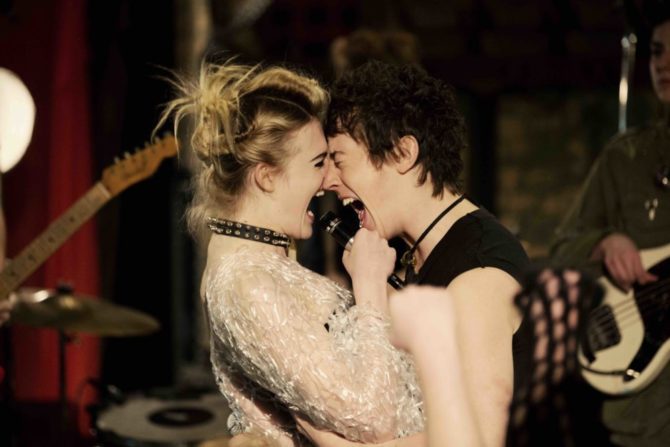 Tell me about expanding the story into a feature film. What did you want to tease out and explore more?
Like I said, the Romeo and Juliet story—I’m always attracted to that story. The misfits of a tribe challenging the tribe because of love, because of sex, those things that get you out of the house, get you questioning the norms and traditions. Being queer, being gay, that’s where I came from. A queer kid, more than any other kind of kid, knows that they’re not gonna stay where they grew up. There’s the freedom that love and attraction gives you. That’s a gift that gets you away from where you’re from to find out more about the world.

Being queer, to me, is a privilege.

This is a very queer film for me. All the characters are dealing with this diktat from Boadicea, Nichole Kidman’s character, which is evolve or die. And they all get out of their little enclaves and they all evolve. 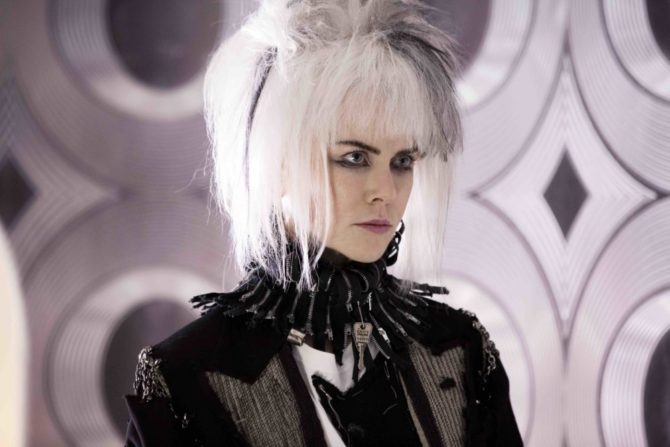 Are there other explicitly queer stories you’re interested in telling?
No, I have no plans. It’s more story-to-story. What moves me…being queer is not just about fucking. It’s about looking at the world in a certain way, as an outsider, usually through the lens of gender. And sexuality is there too. But we all know straight people who are queer. Their sense of irony and their sense of otherness and their mix of male and female energies makes them queer no matter who they want to fuck. And I don’t think someone like Caitlin Jenner is particularly queer, but she’s on the spectrum too. Queer doesn’t mean interesting. It’s what you do with it. I would put people who wouldn’t necessarily be in the queer spectrum in there because they’re outsiders and they’re thinking about gender, sometimes politics. They’re usually thinking about attractions and repulsions between people—often romantic, sometimes sexual, sometimes political.

I remember when someone asked Ian McKellen what he thought about the Brexit vote he said, “Queer people are internationalists.” We aren’t about borders. We go to other countries and we feel a kinship with other queer people. It does force a universalist, international view of things, and the aliens in this are really the opposite of queer. They’re so insular that they’re not even going to trouble the universe for resources. They’re going to eat their own children until they decline. It’s their natural form of attrition. 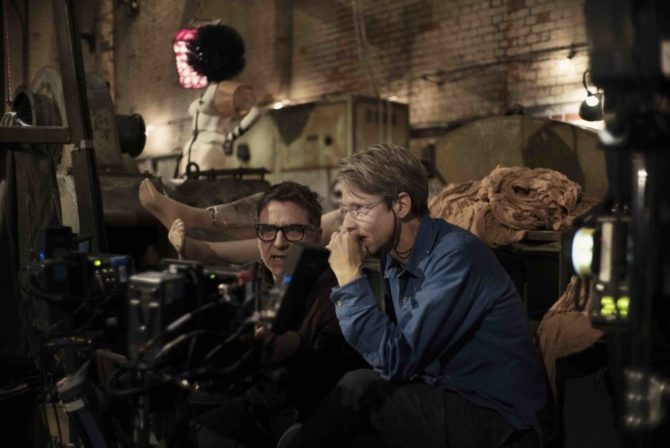 Do you have a sense of what it takes to get films specifically about queer people made now? Because your last few films haven’t been about queer or LGBTQ people.
But I’ve also been making other things. Hedwig has come to Broadway, which couldn’t happen 15 years ago. There’s a really interesting thing that that does to young people seeing that there. Hedwig and Hamilton. Theater is just theater. A musical is just a musical. And all kinds of issues and types of people can be in that form. Television has certainly had a metastisizing expansion in the last 10 or 15 years too. It is possible to find your queer story, whether you have to find it in Australia…there are stories that are being made. There are a million venues now, which is different from what it was.

So, in terms of major movie stars, Hollywood and all that, I don’t work in that world. If there’s a queer Marvel superhero, great! It’s not the kind of stuff that I necessarily make. I was offered a role in X-Men 2 way back when, but I was too tired! But that was the queerest of the superhero movies. But it would be nice if it was more explicit next time. That would be fun and I would love to do something like that.

You have a new project coming up. Tell me about your musical podcast Anthem.
It was too expensive for television, which is what I wrote it for. So we’re doing it as a podcast. The character’s queer as anybody. I don’t feel like I ever had to censor myself. There’s no need. I don’t feel the need to cram everything into every story for the purposes of diversity. But I’m interested in outsiders of all kinds.

So much has changed since you created Hedwig in terms of how acceptable it is for cisgender actors to play trans characters. Has that changed how you feel about that character?
I don’t think I would call Hedwig trans. Trans requires a decision. I don’t think someone can make you trans, and the character was forced into a physical operation by the patriarchy in effect—by her boyfriend, by the government, East Germany and the American government—which was saying, “You cannot be free unless we assign you as a woman.” The character was quite happy as a feminine male. So to me, Hedwig is not a trans symbol or statement or character. She’s more of a casualty of a certain way of thinking that is very binary and patriarchal. Anyone can play Hedwig, just as anyone can play Yitzhak—man, woman, trans, non-binary—because it’s a role.