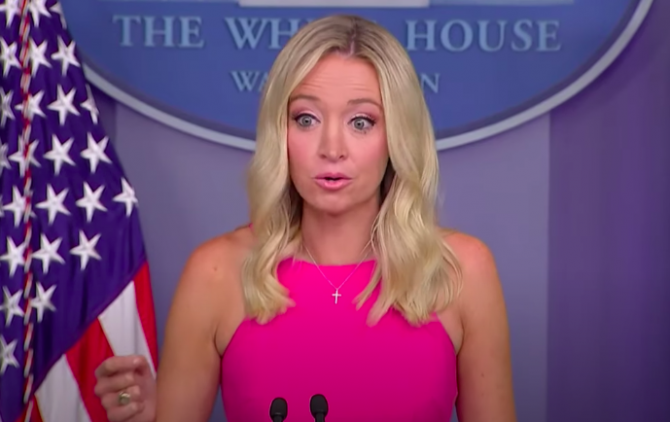 Perhaps you’ve heard by now that there’s audio of Donald Trump admitting he knew the coronavirus was highly contagious, airborne, and “more deadly than even your strenuous flus” weeks before the pandemic had taken hold of the U.S. Not only that, but he knowingly and repeatedly played down its dangers to the public.

The comments were recorded by legendary journalist Bob Woodward for his new book “Rage.” Even more shocking is that Trump knew he was being recorded when he said it. The whole thing was on the record.

“This is deadly stuff,” Trump told Woodward, adding later, “I wanted to always play it down. I still like playing it down, because I don’t want to create a panic.”

Now, one might think that being caught on tape, by one of the most respected journalists of our time no less, would prevent a person from denying what they said. But this is Donald Trump we’re talking about. So of course the White House is saying that he didn’t really say what everyone heard him say.

Because if there’s one thing Donald J. Trump is known for, it’s his exceptionally calm demeanor in times of crisis.

McEnany also rejected claims that Trump intentionally misled the public on the virus then pivoted to boast about how he restricted travel from China in February, one month after the virus was already in the U.S.

Then she praised his imaginary efforts in delivering a safe vaccine by the end of the year. Oh, and at one point she said Trump’s comments were only “alleged,” even though they are on tape and everyone heard them with their own ears.

“This president has done an unprecedented job dealing with COVID,” McEnany insisted.

She’s right about that, at least. Trump has done an unprecedented job in making sure the United States is leading the world in new coronavirus cases and COVID-related deaths.