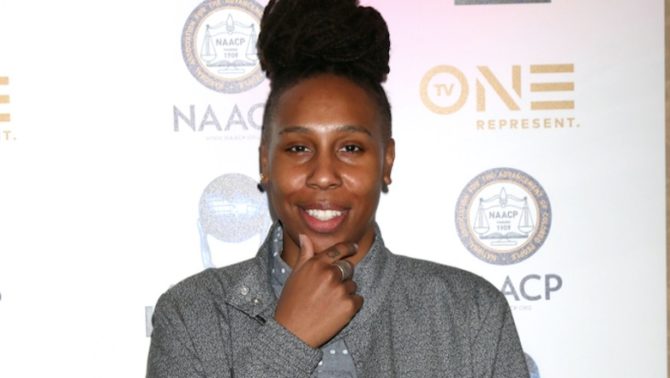 We can definitely get into a good theme, but ‘Catholocism’ doesn’t exactly put us in the partying mood.

But that’s the category attendees of the 2018 Met Gala were confronted with interpreting for their red carpet lqqks.

The full theme of the annual who’s-who event Monday night in New York: “Heavenly Bodies: Fashion and the Catholic Imagination.”

So… The “Catholic imagination” has led to some less-than-fashionable moments over the years (that’s putting it quite mildly), but they do have a flair for drama?

And while halo-rific headpieces, Pope-inspired threads and every manner of cross were in abundance, Lena Waithe showed up like divine intervention in a Pride cape.

The Emmy Award-winning writer and actress shared a few shots on Instagram:

Grateful to my whole crew for making this moment so unforgettable. #metgala

“I’m proud to be in it and put the community on my back to make sure they know I got ’em all the time.”

“It’s not about church or Catholicism,” she added. “You were made in God’s image. So, that’s how we rockin’ tonight.”

The look is actually a reference to Waithe’s Emmy acceptance speech, when she became the first black woman to win the award for Comedy Writing.

In the moving speech, she talked about how queer people put on “imaginary capes” when they come out.

“Tonight, this cape is not imaginary, it’s rainbow-colored.” Waithe told Vogue at the Met Gala.

“We got the black and brown, you know. I’m reppin’ my community, and I want everybody to know that you can be whoever you are, and be completely proud, and be doin’ it.

Waithe also shared this meme of her look, which sums up how amazing a fashion choice is truly was:

Thank you @itsratedjay for this epic GIF ?