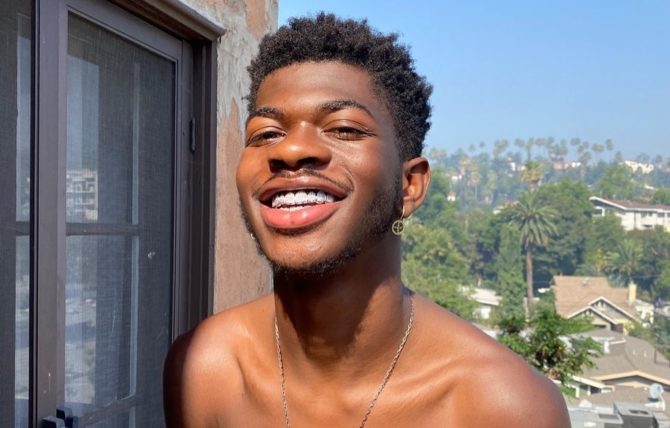 Lil Nas X is living proof that a queer rapper of color can top the charts. Last month, the Georgia native released another hit single. With “MONTERO (Call Me By Your Name)”, he scored his second #1 on the Billboard Hot 100.

The song also reached #1 in Australia, Canada, Finland, Ireland, Lithuania, Norway, Portugal, and the United Kingdom, and peaked within the top 10 of the record charts in Austria, Germany, Hungary, the Netherlands, New Zealand, Slovakia, Sweden, and Switzerland.

y’all told a 19 year old who had just escaped the lowest point of his life that he would never have a hit again. you told him to stop while he’s ahead. he could’ve gave up. but 4 multi platinum songs and 2 #1’s later, he’s still here. thank you to my team and my fans! ily ?? https://t.co/cW0UiXjJOk

(Oh, but it’s not about whether he tops or bottoms, as he said in a recent Instagram Q&A. “This top and bottom sh*t in the gay community, it has become a huge form of misogyny,” he said at the time.)

With “MONTERO,” Nas X has taken unabashed gay sexuality mainstream–with, for example, a NSFW verse about another man going down on him, as well as the lyric “I’m not phased, only here to sin.” Then, of course, there’s the steamy music video, in which he rides a stripper pole from Heaven down into the depths of Hell to give Satan a lap dance.

“Let’s normalize having these f*ckin’ lines in songs the same way, you know, somebody might talk about f*ckin’ a girl or f*ckin’ a guy, you know, with opposite genders, you know?” the rapper told Genius back in March. “I feel like that’s really important for representation in general.”

Nas X publicly came out as gay at the tail end of Pride Month 2019, confirming fans’ inkling about his orientation by tweeting a detail from his 7 EP cover art: a skyscraper illuminated in rainbow hues.

“Deadass thought I made it obvious,” he wrote at the time.

And in case it still wasn’t deadass obvious enough, Nas X laid it out in no uncertain terms days later, announcing that he’s gay on BBC Breakfast and saying he initially planned on taking that secret to the grave.

“But I don’t want to live my entire life … just not doing what I want to do,” he explained. “And I’m also, I feel like opening the doors for more people.”

A month and a half later, he graced the cover of TIME, telling the magazine that Pride month inspired him to come out.

“I never would have done that if I wasn’t in a way pushed by the universe,” he said. “In June, I’m seeing Pride flags everywhere and seeing couples holding hands–little stuff like that.”

And we haven’t even mentioned his Twitter clapbacks. After Nas X was inundated by homophobic tweets after his coming-out, he told followers that the next Internet troll would be “getting kissed.”

He seemed equally unfazed about another rapper’s homophobic rant about Nas X’s Versace leather 2020 Grammys outfit, responding by simply directing attention back to how good he looked.

We’re proud of Lil Nas X for opening doors for future queer artists of color, showcasing sexuality in his music and videos as much as his straight counterparts, and taking down homophobes left and right. And, of course, for being #1. Again.

Watch “MONTERO (Call Me By Your Name).”