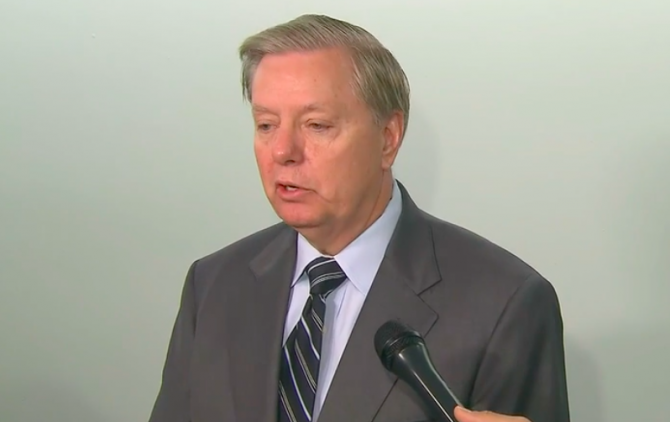 It’s looking more and more like antigay Sen. Lindsey Graham of South Carolina might be in a world of trouble after allegedly meddling in Georgia’s election last month.

A former U.S. attorney has just called on the Georgia Board of Elections to investigate whether Graham pressured Secretary of State Brad Raffensperger into tossing votes for Biden.

Quick recap: The Washington Post reported last month that Graham personally called Raffensperger to ask him if there was a way to have legally cast mail-in ballots thrown out in certain (read: Democratic-leaning) counties.

The allegations were first made by Raffensperger, who is a Republican, and later corroborated by Gabriel Sterling, an election implementation manager who was also on the call.

In a letter sent this week, former U.S. attorney and Democratic state legislator Michael J. Moore called on the board to look into whether Donald Trump‘s lap dog violated the law.

I am particularly concerned that the chairman of the United States Senate Judiciary Committee would make any attempt to interfere with the Georgia Secretary of State as he endeavored to lawfully perform his constitutional duties in overseeing the 2020 election and the counting, and re-counting, of the votes cast in the state of Georgia.

Moore also asked the board to look into whether Graham has tried get legally cast ballots in Georgia’s January 5 runoff election discarded as well.

“For the chairman of the Senate Judiciary Committee to suggest to a state Secretary of State that he refrain from counting lawful votes threatens the electoral process and damages representative democracy,” the complaint, filed last month, read.

For his part, Graham has called the allegations against him “ridiculous” and insisted he was merely trying to “protect the integrity of mail-in voting,” which is an issue he’s never expressed any concern about in previous elections.