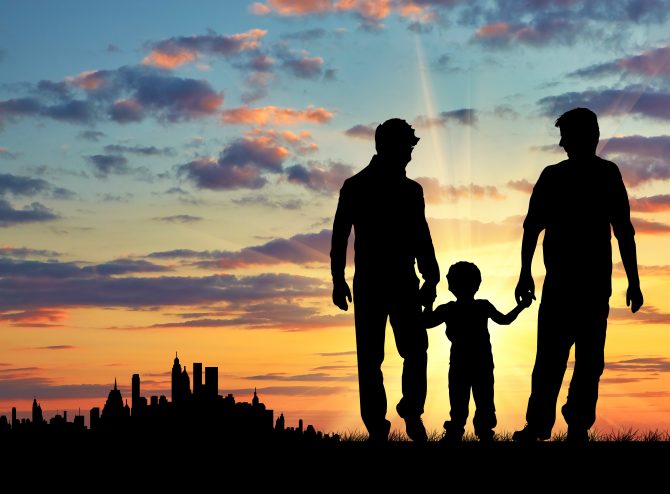 Talk about a sticky situation, folks.

49-year-old Neil Gaskell of the United Kingdom has won a five-figure settlement following a lawsuit against a sperm bank. Gaskell sued Care Fertility clinic after learning the sperm he’d donated to the IVF fertility clinic was used to sire the children of same-sex couples.

Gaskell initially turned to Care Fertility with his then-wife in 2010 to address the couple’s infertility issues. They ended up having three children together, all conceived through IVF. Doctors at the clinic noted that Gaskell’s sperm had “superman-strength” with “unusually high motility,” making him an ideal donor. The clinic then offered to treat Gaskell and his wife a discount, if he opted to donate more sperm. Gaskell did so under one caveat: he didn’t want his sperm given to any gay couples.

“I accept that some people will find this uncomfortable and that people might think I’m homophobic, or against the idea of single mothers,” Gaskell told The Daily Mail. “But that couldn’t be further from the truth. This wasn’t about discriminating against same-sex couples, it wasn’t for religious reasons and I don’t accept that it’s bigotry. I think about these families – these children – every day, all the time.”

“But you can’t argue with biology,” Gaskell insisted. “It takes a man and a woman to create a child, and it’s my view that if children are being born with my sperm they must have a mother and a father.”

Gaskell donated his sperm just prior to the adoption of the Equality Act in the UK, which prohibits discrimination on the basis of sexual orientation. Therefore, when gay couples approached Care Fertility about surrogacy, the clinic didn’t hesitate to offer Gaskell’s donations. Ultimately, he sired five children (including a set of twins) to three same-sex couples. His sperm also conceived children of single mothers as well. Gaskell learned of the donations in 2016, after an unrelated audit of Care Fertility by Britain’s Human Fertilisation and Embryology Authority turned up the history of his sperm.

“I was numb, everything after that was a bit of a blur,” Gaskell said of the news. “I spent 14 years never expecting to be a father, now I’ve got 16 kids.”

Gaskell claims the revelation destroyed his marriage; he and his former wife split after receiving the news. He launched his lawsuit shortly thereafter, which resulted in his payout this week. Ultimately the court ruled that Gaskell’s sperm should not have been used by Care Fertility following the passage of the Equality Act.

“I would like to turn the clock back and wish this had never happened, but now the most important thing is how these children feel,” Gaskell said of his court win. “If they’ve had a great upbringing it would be music to my ears. But if they’ve had a tough time it would be heart-breaking.”