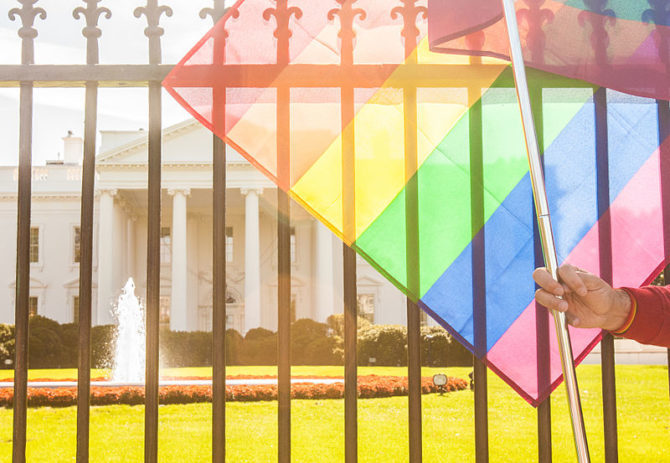 The Democratic-controlled House of Representatives has just passed the groundbreaking Equality Act, legislation designed to amend the 1964 Civil Rights Act to include protections for LGBTQ Americans. If signed into law, discrimination against queer people would become illegal nationwide.

The bill passed with a vote of 236-173 with most Democrats voting in favor. Legislators had sought to pass versions of the bill as early as 1974. At the time, that version included only language prohibiting discrimination based on sexual orientation. Versions of the current bill which extend protection to gender identity failed to pass in 2014 and 2017.

The bill now heads to the Republican-controlled Senate, where political commentators have widely predicted it will fail to pass. Senate Majority Leader Mitch McConnell has expressed his opposition to LGBTQ rights on numerous occasions. Even if the Senate were to pass the bill, it would also have to survive the desk of Donald Trump, who has also expressed his opposition. A senior administration official told The Washington Blade: “The Trump administration absolutely opposes discrimination of any kind and supports the equal treatment of all; however, this bill in its current form is filled with poison pills that threaten to undermine parental and conscience rights.”

Trump had expressed support for amending the Civil Rights Act to include LGBTQ protections in 2000. His turnabout is just the latest in a series of flip-flops against the queer community.