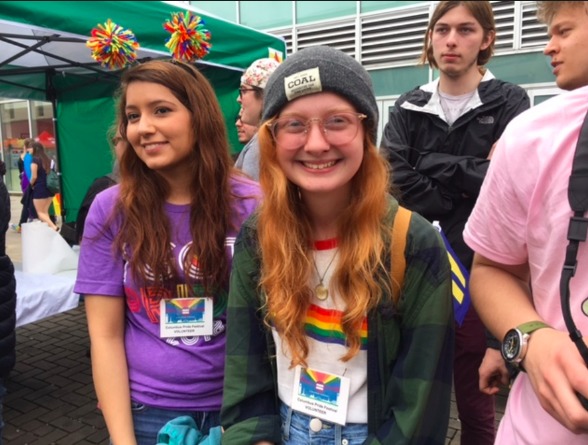 Who she is: High school student and resident of Columbus, Indiana, home of Mike Pence.

Why She Matters: Organized the city’s first LGBT Pride festival in April 2018 as a senior project. Wow!

This is one of many pictures from Columbus Pride today. I just want to thank all of you for coming out and supporting me, my project, and the community. You guys are great!! Today was so emotional for me, I got the chance to meet people from all over the country who had come here to be at my event!! I love all of you so much ??????

Erin Bailey attends high school in Columbus, IN, the same town where Mike Pence grew up. Horrified by Pence’s long history of attacking equality and the pall it cast over her community, Bailey resolved to do something great for the town that was not about Pence at all.

“I thought since everyone else is like Mike Pence is from here, typically it is a conservative community but the LGBTQ community is here too. I wanted to show them, You’re not alone. There are others like us,” Bailey told Bil Browning of Queerty’s sister site, LGBTQ Nation.

Last year, Columbus banned the pride flag from hanging in public areas. Bailey and her fellow high school students found the increasing hostility disturbing and decided not to take it sitting down. The Pride Festival, held April 14, garnered international attention. Despite chilly, damp weather, more than 2,000 people showed up to the fest.

Even better, Bailey’s activism inspired Columbus residents to speak out. Three local churches even showed up to the proceedings to pass out rainbow ribbons.

Rather than attack Pence, Bailey used her energy for something constructive and positive, something intended to include rather than divide, something lasting.