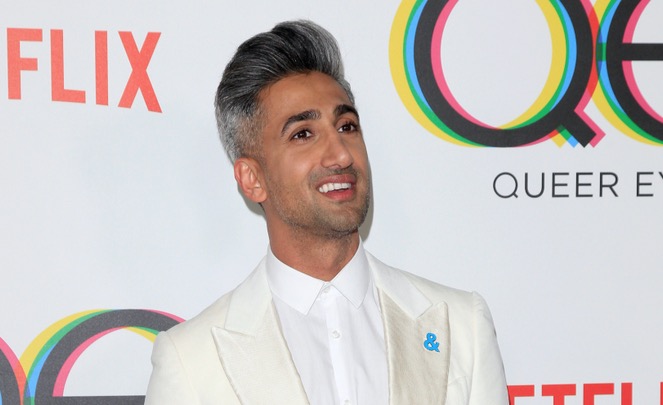 A streaming giant is giving a reboot star his own spinoff reality competition. Welcome to the future.

Well, not exactly a spinoff per se, but it may as well be. Queer Eye fashion guru Tan France will carry over his style expertise from the makeover hit as the host of a new show called Next in Fashion.

The competition will pit designers against one another in challenges centered on world fashion trends. Please let there be a croc charm challenge.

Joining France as a cohost will be British designer Alexa Chug.

“Next in Fashion begins with eighteen designers who face challenges centering on a different trend or design style that has influenced the way the entire world dresses,” Netflix said via a statement.

“These talented contestants have worked for major brands and dressed A-list celebrities, and will now compete head-to-head to see who has the skill, originality and determination to win the grand prize: $250,000 and an opportunity to debut their collection with luxury fashion retailer Net-a-Porter.”

So far, guest judges confirmed to appear in the 10-episode series include Instagram’s director of fashion partnerships Eva Chen and stylist-to-the-stars Elizabeth Stewart.

Netflix and chill? Incredibly excited to be hosting Netflix’s first fashion show @nextinfashion alongside my new husband @tanfrance Coming soon! Yeah I like to tuck I got a tucking problem.

The cast will be composed of experienced designers and stylists who have already worked with high profile clients and major fashion institutions. The prize is meant to launch the winner into an even bigger career in the industry.

Before France saw his own star rise on Queer Eye, he worked for companies like Zara and Chanel.

Next in Fashion does not yet have a premiere date.