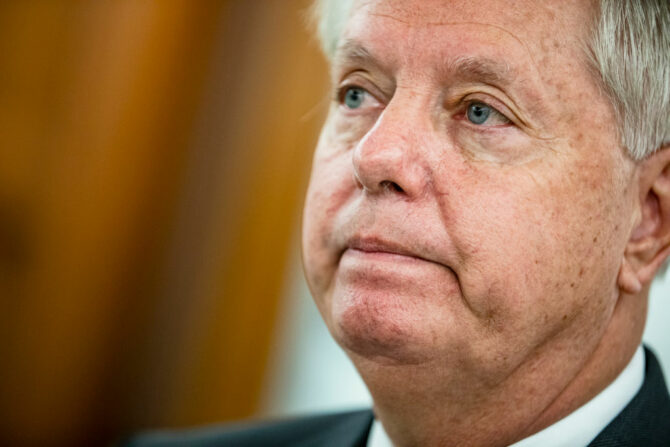 Related: This video of Lindsey Graham being heckled by anti-vax constituents is deeply cathartic

In “This Will Not Pass”, the authors write that, during the attack, Graham reportedly made a frantic call to the White House and said lawmakers would demand Cabinet members invoke the 25th Amendment to remove then-President Trump from power if he didn’t stop the MAGA militia at once.

Speaking to White House counsel Pat Cipollone, Graham allegedly threatened “We’ll be asking you for the 25th Amendment” if Trump didn’t do more to call off the rioters.

We’re sure Cipollone was shaking in his boots after Graham told him this.

This latest tidbit of information comes after a November report by The Washington Post that said the South Carolina senator was a total mess during the siege, screaming at the Senate sergeant-at-arms, “What are you doing?! Take back the Senate! You’ve got guns! USE THEM!!!”

According to the report, Graham also called Ivanka Trump‘s personal cell phone to demand she get her dad to call off the attack.

“You need to get these people out of here,” Graham reportedly begged Ivanka. “This thing is going south. This is not good! You’re going to have to tell these people to stand down! STAND DOWN!”

According to the new Martin-Burns book, after things had calmed down, Graham expressed hope the attack might unite the country as he left the building later that evening.

“People will say, ‘I don’t want to be associated with that.’ … There will be a rallying effect for a while, the country says: We’re better than this,” he reportedly said.

While you’re here, watch Sherrod Brown talk about how Graham “screamed” during the insurrection during an appearance on MSNBC last year.

WATCH: @SenSherrodBrown reports publicly for the first time that during the attack on the Capitol he saw a maskless Sen. Graham scream at a Capitol police officer for not "doing enough" to protect the Senators pic.twitter.com/LKkfIkmfiH