The Oscars return to ABC this March 27, once again celebrating a year of film in which audiences have thankfully, for the most part, had the opportunity to return to the cinema. Variety reports that unlike the past few years, the Academy & telecast network ABC want the show to actually have a host this year. We chalk that up to last year’s somnambulistic, host-less ceremony which saw viewership dip to half the numbers of the year before.

Of course, the fact that nobody had been to a movie theater in a year may have also had something to do with it.

Related: Glenn Close’s “Da Butt” dance was the highlight of the Oscars. Was it all staged?

In any case, we hope ABC is reading this: we would like to submit five names to the hosting call. All are LGBTQ people, and all are very talented…enough so that we know they’d put on one Hell of a good show, and strike a blow for equality to boot.

Besides, think of the Power of the Dog jokes… 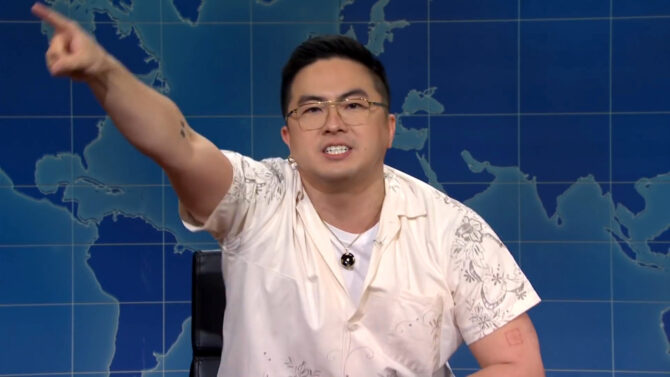 Also known as SNL‘s latest secret weapon, Mr. Yang has a penchant for making the absurd and awkward hilarious. Consider what the man who gave us his “Titanic Iceberg” sketch would gift us in a year celebrating House of Gucci, Dune, and The Tragedy of Macbeth. C’mon, can’t you just picture him as a giant sandworm complaining about colonial invasion? Besides, if there’s anything more absurd or awkward than some Hollywood stars’ “cosmetic enhancements” we haven’t seen it.

Ms. Yashere doesn’t get the credit she deserves as a cackle-worthy comedienne. For anyone doubting us, please YouTube her stand-up. We can certainly picture her throwing together a routine lampooning Olivia Colman’s bizarre behavior in The Lost Daughter. Seriously, who steals a doll? 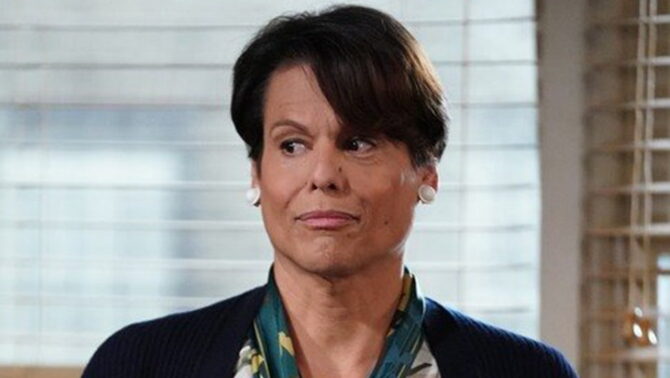 A grand dame of the stage, Ms. Billings has a reputation as a powerful actress and as a woman unafraid to speak her mind. We wouldn’t have it any other way. In fact, we know she’d have thoughts on everything from Dave Chappelle to RuPaul’s antipathy towards Spider-Man, which could lead to some magnificent zingers of the Ricky Gervais variety. Not sure what we mean? Check out Gervais’ comments to Mel Gibson at the Golden Globes a few years back. Hey, you wanted a show… 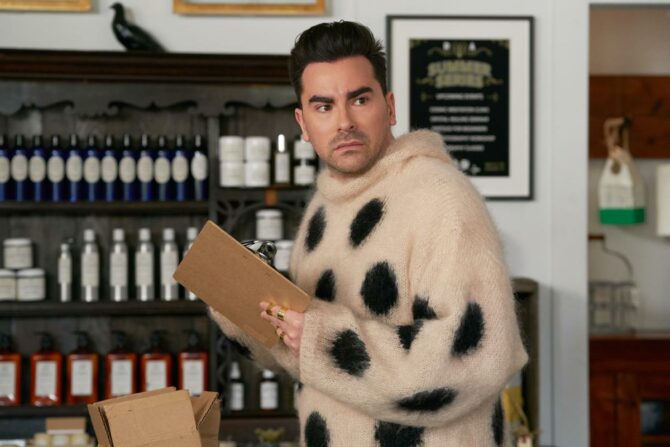 Since his retirement from Schitt’s Creek, Mr. Levy hasn’t had a proper on-screen outing. In short, we miss him, and as a child of Hollywood, we know he would have some very unique perspectives on Hollywood’s biggest night. For that matter, we could see the entire show as a Schitt’s Creek reunion of sorts, with Moira Rose, Alexis, David and Johnny all popping up to share anecdotes about their experiences with some of Tinseltown’s biggest stars. What would David Rose have to say about Kevin Spacey? We ask you that. 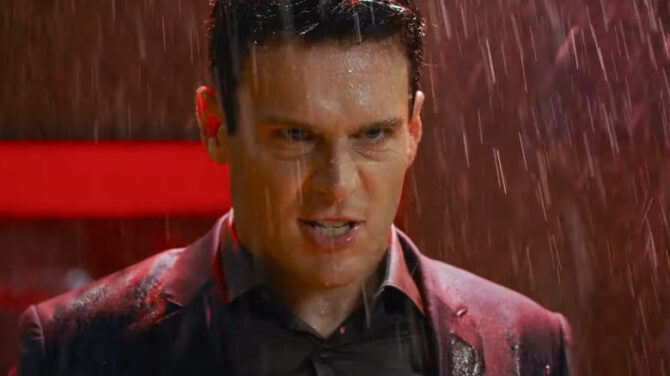 When in doubt, an old-fashioned song-and-dance man (Bob Hope, Sammy Davis, Jr., Hugh Jackman) can go along way toward bolstering the evening’s entertainment value. Given Mr. Groff’s recent athleticism and villainy in The Matrix Resurrections, not to mention his own experience on stage, we submit him as the best candidate to do a medley of the past year’s many musicals, as well as banter with nervous stars in the crowd. Now, about Dear Evan Hansen…