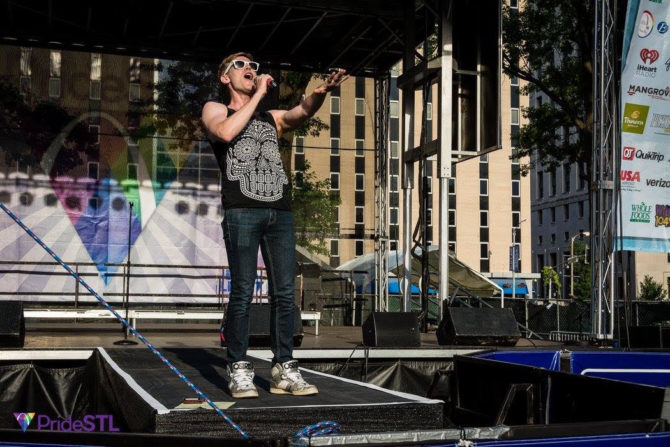 Zach Noe Towers is a stand-up comedian, actor and writer based out of Los Angeles, CA. He’s appeared at Pride events across the country, pops up regularly in viral YouTube skits, and was the opening act for Drag Race season 8 winner Bob the Drag Queen last summer. Last year Queerty named him one of five up-and-coming queer comics.

I’m going on tour in Canada!!! For the whole month of September I’ll be opening for Debra DiGiovanni (seriously one of the funniest people walking the planet) all across the Western provinces. I got to open for her on Prince Edward Island recently and after the show these four incredibly hot/sweet/fun gay boys from the audience took me out on the town. Needless to say, I’m proud comedy is starting to take me places.

I’ll have the tour up on my website at some point!

My first Pride was in Saint Louis, Missouri where I grew up. I was probably about 19 at the time, and looking back I suffered from a healthy dose of internalized homophobia. I didn’t feel like I was part of the community so I really just wrote it off as another chance to get drunk in public. My most recent Pride, however, was also in Saint Louis, but this time around I was performing on the main stage. I’ve done a complete 180 since my teenage years (thank GOD) and I’ve never embraced my queer family more. I love being gay so much these days.

Oh man this is so dumb because I have all the power to make something up here, but the truth is just too good: It was Los Angeles Pride a few years back and I spotted a guy that I just couldn’t take my eyes off of. After a few (thousand) drinks I got up the courage to introduce myself and when I did he just smiled and told me we had hooked up before. I was beyond embarrassed. Needless to say I went through a bit of a wild phase in my early 20’s. 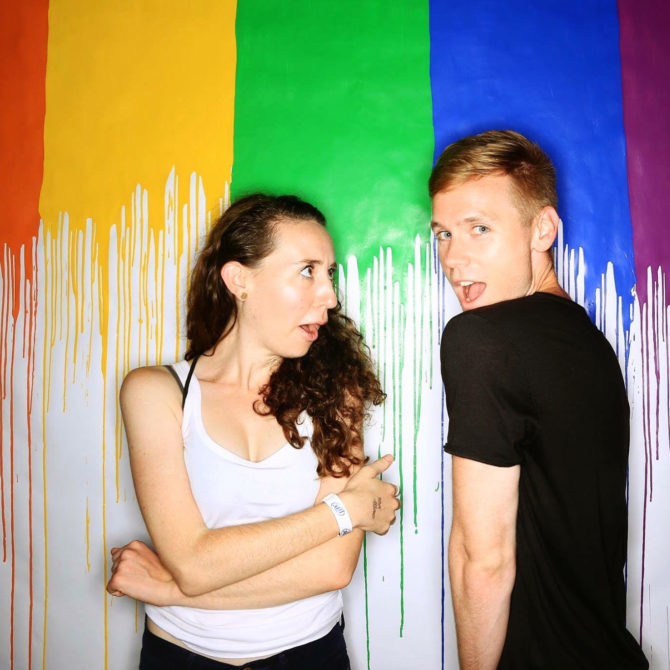 Which city’s pride is on your bucket list and why?

I’d really like to explore the international Pride scene, but part of me would also love to organize surprise prides in some of the red states. There used to be that whole “guerilla gay bar” movement where queer people would rally and basically turn a classically straight bar gay for the night…I think that would be amazing to drop on a town somewhere in the more conservative parts of America. Just show up and really spread the love. So let’s say somewhere in Florida??

It feels incredibly different. From Orlando, to Chechnya, to #45 we need Pride more than ever. Even LA opted for a march over the classic parade. This year has been a ridiculous uphill battle, but the silver-lining is the overwhelming amount of love and support we’ve begun to show each other. We will come out of this stronger than ever, there’s no doubt in my mind.

Omg I’m still obsessed with “Everyone is Gay” by A Great Big World. It still makes me smile every time I listen to it.

The most colorful f*cking tank top I can find.