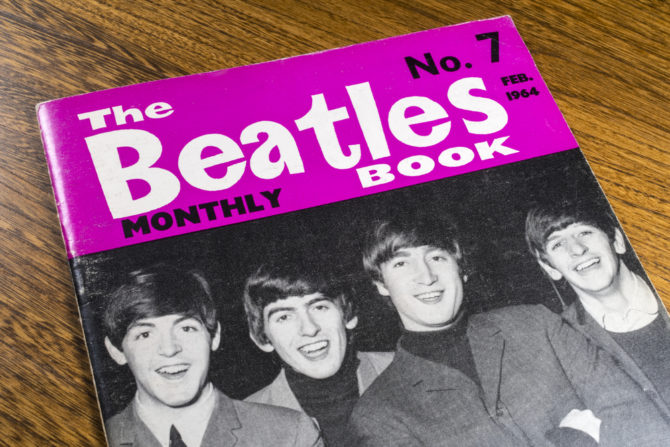 All You Need Is (Self) Love!

In a new interview, Paul McCartney reveals he and Beatles bandmate John Lennon masturbated together on at least one occasion.

Related: Straight Men Are A Lot More Bisexual Than You Might Think

Periodically, the lads would shout out the name of someone from their mental spank bank. “We were just, ‘Brigitte Bardot!’ ‘Whoo!’ And then everyone would thrash a bit more,” the musician explains.

Before long, however, a certain someone trolled the group. “I think it was John sort of said, ‘Winston Churchill!’” McCartney adds.

Even more titillating, the singer-songwriter isn’t quite sure it was a one-time thing. “Maybe it was like a two-off,” he says. “It wasn’t a big thing. But, you know, it was just the kind of thing you didn’t think much of. It was just a group. Yeah, it’s quite raunchy when you think about it … But it was good harmless fun. It didn’t hurt anyone.”

Related: Robert Pattinson Admits To “Pleasuring” Himself With Naked Man In 2008

Later in the interview, McCartney describes other antics from the band’s early days — like when the Fab Four laid on top of one another in a “Beatles sandwich” to stay warm in an unheated van, or when the bandmates cheered on as a 17-year-old George Harrison lost his virginity.

“Some of [the stories], they’re just so outrageous, you think: ‘Was that really true?’ But I try my best to do the true ones.”