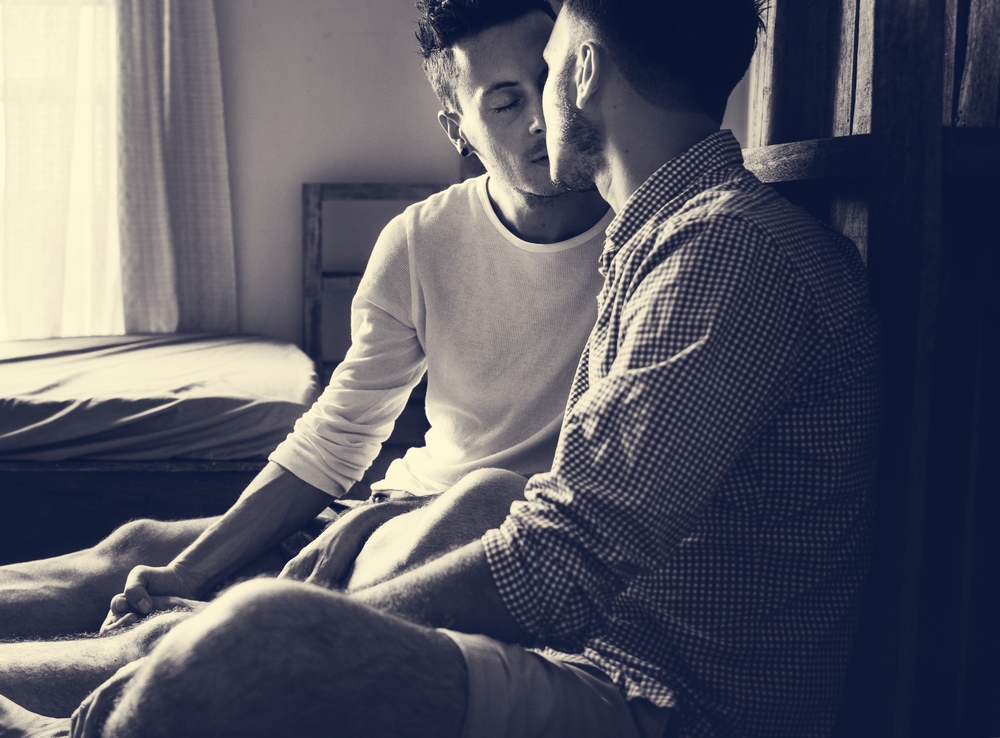 Well mikey, i have to go with you on this one. I would never want to engage in gay sex, but watching it somehow makes me hard as a rock. I have only watched a movie once, but I read stories on the net some. Matter of fact i am hard now just thinking about it.

Then there’s this little gem:

Hold up. Did a man who identifies as heterosexual just admit to engaging in x-rated behavior with his straight male friends? Maybe there is a god after all.

Thanks to a reader tip, we looked up heterosexual men who say they’ve either experimented with or thought about experimenting with other guys.

In another Topix forum titled “Is it normal I fantasize about sucking cock (I’m a guy)”, JJ22X from Glasgow makes a shocking disclosure:

Not just that, I wonder what it would be like to be fucked, just to have a big warm penis sliding inside of me taking advantage of me, sometimes I even picture myself jerking off slowly with a sexy girl to the left, and having a guy with a juicy cock to the right, and having to choose which one I want.

But JJ22X isn’t the only one who seems to feel this way. The thread has more than 1,200 responses from other allegedly heterosexual men claiming they, too, grapple with the desire to suck on a big warm wiener.

JJp from Toronto chimes in:

im straight but my biggest fantasy is trying that. i have never done this – too scared but if discreet i want to try with proper guidance

JJp, if you’re reading, here’s a little guidance for you: Just put it in your mouth.

Countless other forums in which allegedly straight men share their deepest, darkest gay fantasies exist all over the internet — like “I Am Straight But Secretly Want To Suck A Man’s Penis”, or “Straight Men That Have Experienced Giving Head — Any Regrets? I’m Thinking Of Trying It.”  (We’ve got to hand it to these guys for being so straight-forwarded (pun intended!) with their subject lines.)

Rockwell establishes right off that bat that he identifies as straight. Or at least “not gay.”

“Let’s establish something up front,” he begins. “I’m not gay.”

But, he admits, “the only thing that mars my practically unblemished record as a straight man is my undeniable — at times, overwhelming — desire to suck a cock.”

Rockwell concludes the essay by saying he’s not bisexual. Having sex with both men and women, he feels, would be too “exhausting.”

“I just want to try deep-throating,” he writes. “Consider me try-sexual.”

So there you have it, folks. Direct from the hetero guy’s mouth. Straight guys might be more bisexual than you think.

The trick now is getting them off the internet and into our bedrooms.

College Guys Reveal The Secrets Of Gay Life On Campus