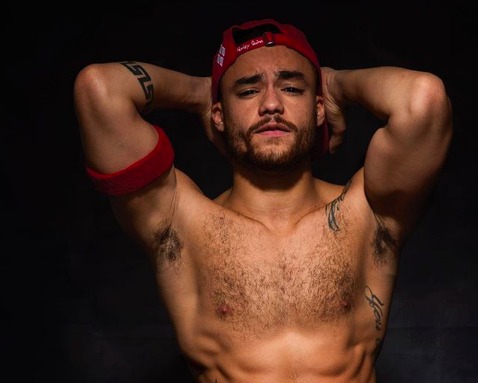 There’s been a lot of talk about race and racism within the adult film industry in recent months.

Last November, performer Hugh Hunter called out the GayVN Awards for its “veiled racism and bigotry” for having an “ethnic” category and then declined their nominations. In response, the GayVN Awards issued an apology and got rid of the category altogether.

Then in December, newcomer Brian Michaels showed off the Confederate flag inked on the front of his palm. An outrage ensued. Michaels addressed it in a now-deleted tweet that read:

I will be honest and say I got it in prison because I adapted to my situation. I hope a past mistake won’t hinder my self-growth through all of this. I just wanted to say that I was ignorant and led astray for a while.

Now, performer Beaux Banks is offering his perspective on the issue as a man of color working in the industry.

Banks, who is part Black, Asian, and Caucasian, recently filmed a scene with Michaels not knowing about the now infamous tattoo.

Speaking to The Sword this week, he explains:

I didn’t even notice the tattoo while shooting. But I can say he came to set and was very professional, especially for it being only the second scene of his career. He was also very respectful, other than that I don’t know much about him and can only speak on what I saw and witnessed on set, a very humble and respectful newcomer.

Banks went on to say Michaels was “a joy to work with” and never once “disrespected me.”

I think he’s attacked because he’s an easy target being a new model. But attacking him doesn’t help solve racism in the industry. Because I don’t believe he’s contributed to racism in our industry at all. That tattoo was in poor taste and doesn’t reflect on who he is as a person today or maybe even the person he used to be or the mindset he was in when he got that tattoo.

“I’ve spoken out on racism in this industry and within our community and I don’t think that this is an example of that,” he says.

He adds, “Let me be clear racism is a problem in this industry, and media is a power tool and ally in advocating against it,” he says, “but it needs to be done more accurately and not just based on speculation. I form my opinions on actions.”

Related: Sean Zevran weighs in on accusations of racism leveled at the gay adult film industry