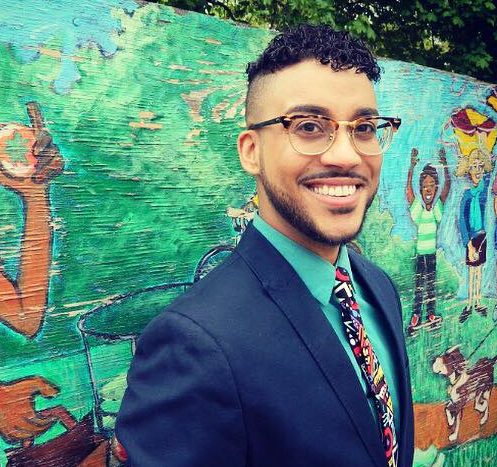 It was on year ago today that George Floyd was murdered by former Minneapolis police officer Derek Chavin. In the aftermath of Floyd’s tragic death, Minneapolis city councilman Phillipe Cunningham became a national figure when he spoke out about the horrific police violence and systemic racism that has been plaguing his city for generations.

33-year-old Cunningham, who is one of the first openly trans men to be elected to public office in the United States, shared his thoughts in an interview with Windy City Times.

“I have put in hours and hours and hours of work trying to make the smallest change within the institution of policing in this city,” he said. “When I saw that—knowing that efforts have been pretty futile—seeing the video absolutely enraged me. But it also confirmed that we need an alternate form of public safety outside of policing.”

Cunningham’s statement echoed calls from Black activists who’ve insisted for decades that removing police and policing is the only way to end state murder and the targeting of people of color.

Cunningham is one of nine city council members who have pledged to "begin the process of ending" the Minneapolis police department. pic.twitter.com/NNElbxZD4x

In that same interview, Cunningham also spoke to a concern many LGBTQ business owners and residents have.

“Trans and queer business owners are concerned about their spaces, but they’re also concerned about getting justice and others’ safety,” he said. “For those who have lost hope, I would say, I don’t blame you.”

“When we look across the country and see all the efforts and initiatives that have taken place over the last decade or so—including President Obama’s 21st-century policing—there’s no evidence that any of them worked, in terms of changing police behavior or culture. That is why we need folks to get behind alternate systems of public safety.”

He added, “When folks are in distress and are in need, we should have more appropriate systems in place that don’t escalate violence or perpetuate a cycle of criminalization.”

Since George Floyd’s murder and the nationwide protests that followed, Cunningham has used his Twitter account to spread awareness about racial inequality and highlight trans issues. He has also mastered the art of the GIF reaction.

Prior to being elected in 2017, ousting 20-year incumbent Barb Johnson, Cunningham was a senior policy aide and advisor for education, youth success, racial equity, and LGBTQ rights for the Office of the Mayor of Minneapolis. He also served as the Chair of the Minneapolis Trans Issues Work Group.

In 2020, he was one of three Minneapolis City Council members who voted to dismantle the city’s police department. As a result, he had to hire private security after receiving death threats.

“My family and I are receiving death threats and violently racist, transphobic, and homophobic harassment,” Cunningham said at the time. “But I won’t be scared into silence. I stand by my values and focus on good governance.”

Cunningham gives us pride in the fearless way he speaks up for racial justice and because he understands the complex needs of the communities he belongs to, working hard to make his city, and the world, a fairer and more just place.