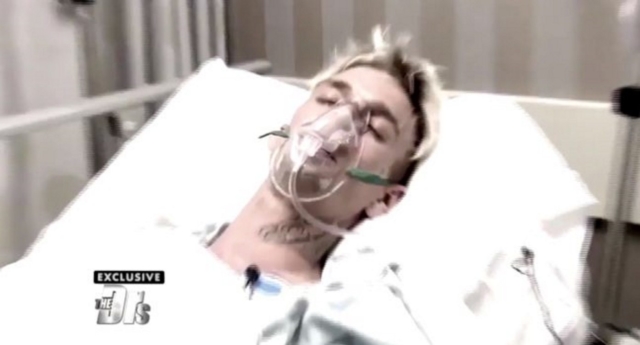 Police rushed to Aaron Carter‘s house in Florida this week after neighbors reported “erratic behavior” from the singer.

According to The Blast, a woman called 9-1-1 to say that Carter was “not in a safe mental state” and that he was “engaging in drug activity.” Specifically, she said, he was driving around the neighborhood “inhaling computer duster.”

“He’s been driving drunk all night,” the caller told 9-1-1 operators. “I’m sure he was driving fast and intoxicated.”

She added that he appeared “very, very ill” and “on the verge of death.”

When police arrived at the scene, Carter purportedly “threatened to harm family and others” and that told them he was going to take his own life by “mixing Xanax, Clonopin [sic], and ‘Dusters’.”

Carter, who is 6′ tall and only weighs 115 pounds, has had a bumpy few months, including being dumped by his girlfriend after coming out publicly as bisexual, opening up about his addictions to drugs and plastic surgery, rapid weight loss, and more.