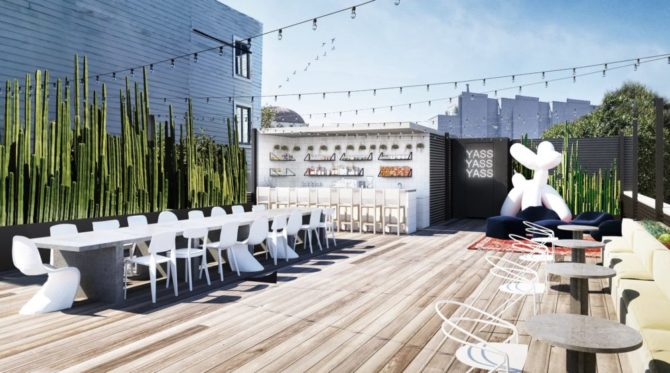 Yes, the LGBTQ community is underserved.

Yes, queer spaces are shuttering around the world at an alarming rate as a generation grows up with increased acceptance, not to mention dating apps forever at arm’s length.

And we should absolutely work to cultivate new spaces for people to congregate outside of mainstream establishments.

However, at the very top of the list of “things we really, really don’t need” is a Peter Thiel-backed “queer” co-working space for tech-savvy San Francisco gays that draws its name from the QPOC vernacular.

A venture capital firm co-founded by Thiel, a gay conservative who donated $1.25m to Donald Trump and joined the president’s transition team, is the sole investor behind Yass, described as a “headquarters and hangout for a new generation of queer people”. Yass, announced last month and set to open in the spring, will provide LGBTQ people who pay membership dues access to events and a co-working space and social club, according to founder and CEO Brian Tran.

“Conservatives like Thiel are at the center of a movement that really doesn’t support queer communities. There’s some irony from trying to then profit from queer communities,” said Andrew Jolivette, an out San Francisco state professor of Native American studies, and a SF native.

He added: “This is Gay Inc 2.0 where now we’re not only sort of commercializing gay community and spaces, now we … take their expressions and their terminology.”

SF drag queen Honey Mahogany puts it even more bluntly: “Queer people and people of color are constantly being pushed out. It seems like giving people who already have a leg up, more of a leg up.”

Head here to read the full article in the Guardian, and share your thoughts below.