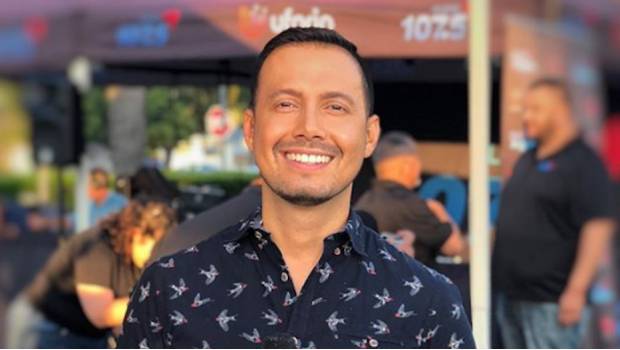 Bio: Sandoval is one of the most popular Univision newscasters. He grew up in Mexico before coming to Hollywood to pursue acting. He scored his gig as co-host of Despierta America at age 25, steering the show ever since.

Coming Out: Viewers (including us) got more than they expected Oct. 11 when Sandoval delivered an emotional declaration live on the air: He’s a gay man. He went on to talk about how love and acceptance from his family and friends made all the difference for him. His mom showed up on the show to share her love for her gay son with the world. Sandoval later opened up about his love life in an Instagram post, revealing his boyfriend Renato Perez.

Related: WATCH: TV host comes out on a live broadcast

Making a Difference: In his on-air reveal, Sandoval referenced the suicide of 9-year-old Jamel Myles earlier in 2018. Myles killed himself after coming out as gay and getting bullied at school, an event that horrified him and many others. “I do not live in the closet,” he uttered through tears, recalling the suicide and his own early experiences at the hands of bullies. “My family knows it. I have a partner that I am happy with and if I cry it is because this moment is very emotional for me.”

He’s since received an outpouring of support from viewers and fans on social media.

Jamel Myles suicide made me feel really sad, then I found out some people were telling his mom on social media that it was her fault because she exposed him to “alternative lifestyles” at an early age and that a 9 years old kid doesn’t know he is gay. I felt I had to do something. So I decided to tell my story: I started getting bullied when I was 9 years old too. And a kid you do know you are “different.” I wanted people to know that the support, understanding, and respect to an LGBTQ kid/teenager not only makes a difference but can also save their lives.”

Sadly in Hispanic media in the US we don’t have openly gay celebrities other than Ricky Martin. We need more LGBTQ faces on TV, telenovelas, sports and all entertainment fields so not only kids can relate to but also family and friends of [the LGBTQ community]. We need to be seen, heard, trusted and respected as any other member of our society. And if we all leave fear behind and open our hearts, great things can happen.