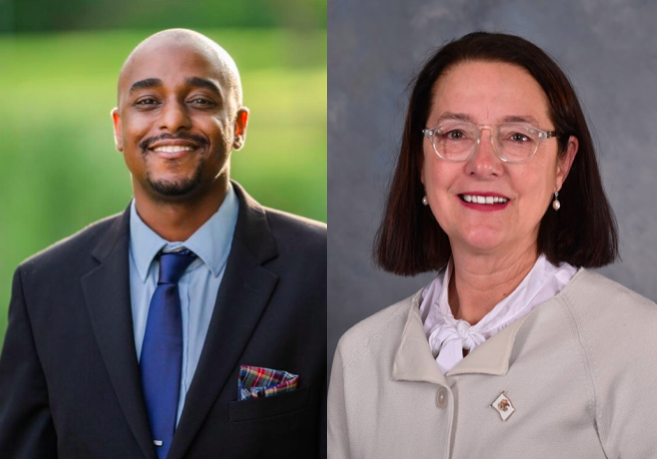 Rep. Amy Grant is a Republican member of the Illinois House of Representatives. She’s currently up for reelection and she may have just killed her chances after she criticized her Democratic opponent for being too gay and Black for public service.

Grant is running against Ken Mejia-Beal, who is an openly gay Black man and proud of it. In a recorded phone call leaked yesterday, she calls Mejia-Beal “just another one of the Cook County people.”

“That’s all you’re gonna vote for in Cook County, another, you know, Black Caucus,” she says. “That’s all we need is another person in the Black Caucus.”

Cook County is the most populous county in Illinois, with a population was over 5 million. Its county seat is Chicago.

In another clip, Grant can be heard saying Mejia-Beal is “afraid” to engage with voters outside of the Chicago area “because of the way he talks, he’s all LGBTQ,” adding, “he’s afraid of the reaction that people might give him.”

Then she calls him “crazy.”

The conversation was between Grant and an unnamed person, though it’s being reported that the person may have been a potential donor.

Shortly after the recordings leaked, Grant rushed out a statement saying the comments are not reflective of who she is as a person.

“I deeply regret the comments I made about Ken Mejia-Beal, and reached out to apologize to him this morning,” she said. “These comments do not reflect my heart or my faith.”

Except that the things people say in private are usually exactly what is in their heart. That’s precisely why they say them in private, not in public.

He added that, while Grant did leave him a voicemail apologizing, all she did was recite the same exact statement she released publicly.

“Where is Representative Grant’s apology to those who hear her comments and wonder if they fit into her vision of our community?” he asked. “Where is the apology to all whose faith calls them to love their neighbors as themselves?”

My statement on the bigoted comments made by Amy Grant : pic.twitter.com/6rgz52tcBC

Even Grant’s Republican colleagues are disgusted by her remarks.

Republican Rep. Will Davis says he once considered Grant a friend, but now he’s second-guessing their relationship.

“Rep. Grant makes it real clear that, in her opinion, some people do not deserve to be a part of the community or to represent that community in the General Assembly,” he told reporters. “That, indeed, is appalling.”

David added, “I have to be suspect of her now, you know. Is she genuine when she speaks to me or towards me or says ‘Hey, let’s work together on something?’ Is she being genuine?”

Meanwhile, Equality Illinois issued a statement yesterday, saying, “Homophobia and bigotry must have no home in DuPage County or anywhere in Illinois. Grant must drop out of the election.”