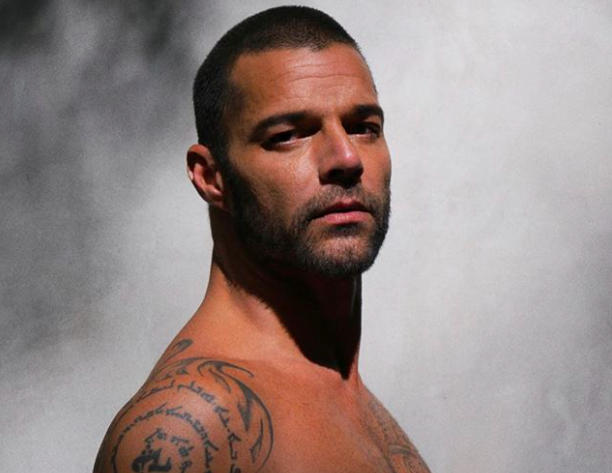 Ricky Martin spent a big chunk of his life–and career–doing and saying what was expected of him. Those days are over.

By all accounts, the 49-year-old married father of four has had a hell of a run, first performing at age 12 in the boyband Menudo, rising to pop megastardom as a solo act in the ’90s, and lately, proving his acting chops are just as solid as his music.

The difference now is he seems to have nothing to hide, and Martin’s willingness to be an out and proud celebrity has already benefitted his community at large.

Take, for instance, a planned memorial and museum dedicated to the fallen victims of the Pulse massacre, which happened five years ago yesterday. Martin signed on as the spokesperson for the onePulse Foundation, the group behind the push for the memorial. He’ll do major fundraising for the ambitious project, tape video spots, and possibly narrate the exhibits.

But while he may play the part of LGBTQ statesman quite naturally, his journey to get here wasn’t exactly easy, something he’s been increasingly willing to open up about.

Earlier this month, Martin revisited that time Barbara Walters tried outing him in an interview 21 years ago and didn’t hold back.

Speaking to People, he said he felt “violated” by the journalist’s line of questioning and that he still suffers from PTSD from the whole thing.

During the 2000 interview, Walters confronted Martin about the gossip surrounding his sexuality at the time and said he could “stop these rumors” by coming out to her right then and there.

“You could say, ‘Yes I am gay or no I’m not,’” the then-ABC anchor nudged in a transparent effort to try and make news.

To which a visibly uncomfortable Martin replied, “Barbara, for some reason, I just don’t feel like it.”

“When she dropped the question, I felt violated because I was just not ready to come out. I was very afraid,” Martin said, adding he still feels “a little PTSD with that.”

“A lot of people say, ‘What would you do differently?’ Well, maybe I would have come out in that interview,” he added. “It would’ve been great because when I came out, it just felt amazing. When it comes to my sexuality, when it comes to who I am, I want to talk about what I’m made of, about everything that I am. Because if you hide it, it’s a life-or-death situation.”

After coming out (on his own terms) in 2010, Martin has continued to pursue acting, appearing on Broadway’s Evita, and as a judge on several international iterations of The Voice.

In 2020, he appeared as a guest judge on RuPaul’s Drag Race All Stars. Also in 2020, he voiced Don Juan Diego, a sentient matador doll, in the popular animated Netflix holiday film, Jingle Jangle: A Christmas Journey.

While it’s an impressive resume, he’s the first to admit there’s a possibility his openness may have a negative effect on the roles he’s offered.

He added: “I don’t know if I’m not getting parts because I’m gay. But if that’s the case, it’s really sad. I’m going to keep working until life is different.”

We’ll be forever grateful for that work.