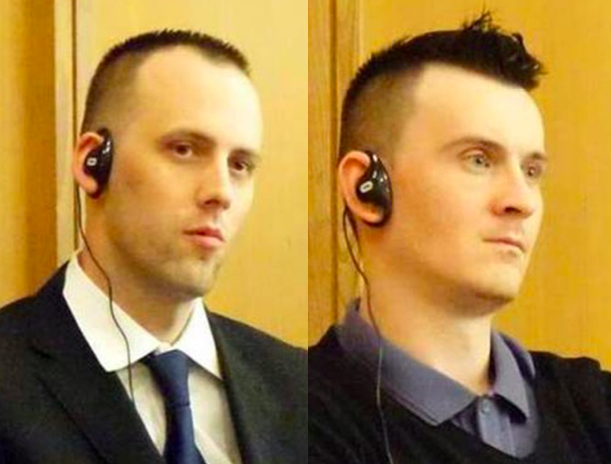 Gabor Acs and Viktor Berki were found guilty of human trafficking, conspiracy, and racketeering in February. On Friday, a judge sentenced them to 30 years in prison each for their actions. A third ringleader, Andrew Vass, was already sentenced to 11 years in prison for his part in the operation.

Together, the three pimps preyed on young Hungarian men looking to come to the United Sates. They found two of their victims on the website GayRomeo.com and another via Facebook. The victims, all gay and in their early 20s, were promised free flights to the United States plus U.S. visas and between $3,500 to $5,000 a month for legal escort work.

But instead, as soon as they arrived, they were turned into sex slaves.

The victims were forced to perform sex acts between 18 to 24 hours a day, either with each other, with clients, or on webcams. They lived in a cramped, one-bedroom apartment with five other male prostitutes, given very little food, and not given a penny for their work. Meanwhile, the pimps raked in around $40,000 each per month.

According to court reports, the pimps confiscated the men’s passports and threatened to hurt their families back in Hungary if they disobeyed their orders.

The abuse continued for years until the victims were moved from New York to Miami, where neighbors of the house they were being held captive in grew suspicious of the never-ending parade of luxury vehicles constantly parked in the home’s driveway, along with a sign advertising $5 car washes on the home’s front door. Police determined the car wash business as a front.