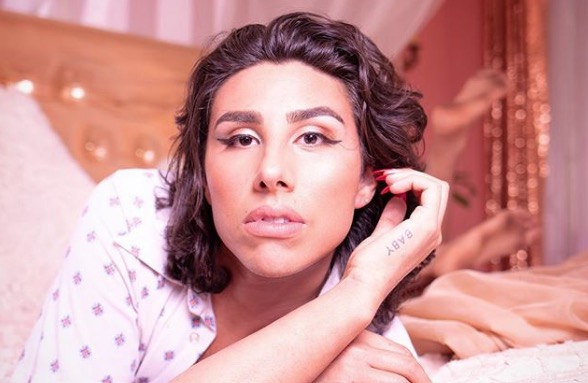 Who he is: Gallo is an intersex advocate, writer, filmmaker, and 2019 GLAAD Rising Star Grant recipient.

Gallo spent most of his life not knowing that he was intersex. The first time he knew his body was different was at the age of 12 when his doctors told him he was born without testicles and that he “needed” to have surgery when he was 16 to give him prosthetic testes.

How he’s contributed: River Gallo’s 2019 short film Ponyboi, which he has called “the first film created by and starring an out intersex person in the history of cinema,” follows the story of a Latinx intersex runaway.

Why we’re proud: Ponyboi is making the rounds in festival circuits around the country and the world. Gallo, who identifies as nonbinary and prefers the pronouns he/him, wanted to make a film that would capture the complex experience of being intersex. Gallo wrote, directed, and acted in the film as the main character, Ponyboi, who is shaped by the pain and isolation that came along with what he considered his “abnormal” body.

While doing research for the film, which served as his USC grad school thesis, Gallo came across a word that he didn’t know existed — intersex. He then realized that his life experiences fit into the definition of what makes someone intersex.

“This is not only something people are talking about openly, but something they proudly own as their identity! I felt a palpable surge of love and pride for my body for the first time,” he wrote in a personal piece for Them.

Gallo now uses the platform that Ponyboi afforded him to empower LGBTQ youth and bring intersex issues to the mainstream consciousness. One specific issue that hits close to home for him, is the issue of unnecessary and purely cosmetic surgery on intersex children who are born with atypical genitalia. “Some days it really angers me. It is a reminder of a decision that wasn’t mine.”

Earlier this year, GLAAD noticed the work that Gallo was doing and awarded him the 2019 GLAAD Rising Star Grant. He plans to use the grant to mentor intersex, transgender, nonbinary, and gender nonconforming students in LA public schools through his production company, Gaptoof Entertainment.