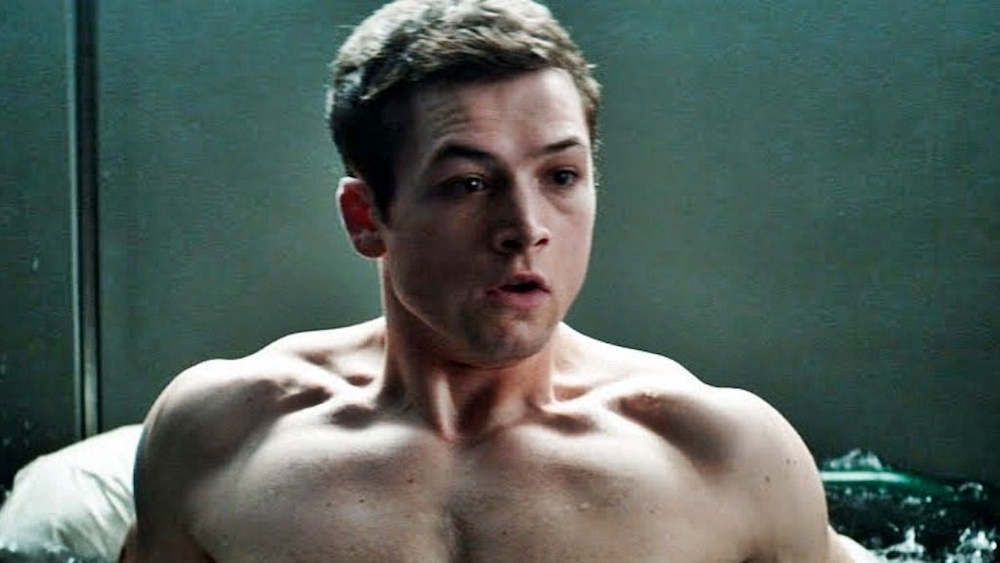 Taron Egerton, the 28-year-old actor who will portray gay British pop-star Elton John in the upcoming Rocketman biopic, posted an Instagram pic this weekend that has some fans thinking that Egerton might be gay or bi. But is this a case of Egerton quietly coming out, or just him expressing some platonic bromance? Let’s take a closer look.

The Instagram post in question is a picture of a bespectacled guy putting away cards for the game What Do You Meme? a game that is kind of like Cards Against Humanity, except with meme images and funny captions.

Anyway, Egerton captioned the post with “Cutie. My boy [heart],” and when someone asked for the guy’s name, Egerton responded, “nah, he’s mine and mine only.”

Egerton also reportedly liked a comment that asked: “does that mean he’s got a boyfriend now?”

The image itself currently has over 21,800 likes and 797 comments, and is only one of five total images on Egerton’s Instagram, which was only launched three days ago.

does taron egerton have a boyfriend or not i’m so confused pic.twitter.com/cqaZBJtwA1

taron egerton coming out on instagram in the most nonchalant way is big dick energy pic.twitter.com/ptX88t05Qy

did,,, did taron egerton just come out??? please tell me he has a boyfriend pic.twitter.com/RKyZbEDD7F

me: wish hetero guys could openly show affection toward each other without other people assuming their sexuality!
me, seeing taron egerton's insta activity: …….GAY???????

everyone shocked about taron egerton when this gif exists… pic.twitter.com/e9rOhadqBv

How are ppl gonna be shocked if taron egerton is gay when this video exists pic.twitter.com/55Qnd3N64B

While we always welcome folks into the LGBTQ family, it could just be that Egerton is expressing some deeply platonic love for his guy-friend without wanting to thrust his pal’s name into the spotlight.

But then again, these GIFs have also been quietly floating around cyberspace.