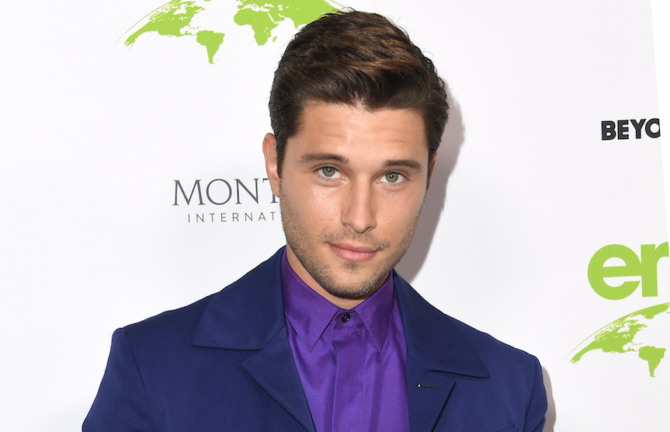 Ronen Rubinstein is enjoying some much-deserved R&R in Milan after finishing up 9-1-1: Lone Star season three on Fox, but he’s not the only one taking in the idyllic view.

Taking to Twitter, the 28-year-old Israeli actor shared a clip of himself jumping into a pool sans suit, captioning it “La Dolce Vita,” aka “the sweet life.”

Rubinstein, whose on-screen relationship with Rafael L. Silva has won the hearts many dedicated fans, made quite the impression with his five-second pool plunk.

He posted the same clip to Instagram, and folks were not shy about expressing their thirst:

I guess my eyes are blessed for the day… pic.twitter.com/SjLpieqI2B

Last year, Rubinstein came out as bisexual in an interview with Variety.

“I fully identify as bisexual,” Rubinstein said in a Zoom chat with Marc Malkin. “I literally just got goosebumps saying that. It feels so good to talk about it, it feels so good to finally be comfortable with it.”

“The biggest thing for me is where I come from, [Staten Island], it’s like people like me and people who have identified as bisexual or gay or as any part of the community, you’re just not welcomed. It’s as brutally honest as that,” he said.

“It’s either you faced insane amounts of profanity, like the F-word was thrown around all the time or you would get your ass kicked if you were gay. So there was definitely a fear of sort of embracing how I felt. I was definitely more aware of it in high school. I was aware of my feelings and how I started looking at men, but I couldn’t talk to anybody about it.”

He added that playing a gay role on 9-1-1, co-created by producer Ryan Murphy, encouraged him to come out.

“The fans, especially the Tarlos fans, it’s one of the biggest reasons that I finally felt safe and comfortable to talk about it and to finally embrace it and be happy about it,” said Rubinstein.

The procedural fire-fighting drama has been picked up for fourth season, so fans will have plenty more opportunity to ship Tarlos.