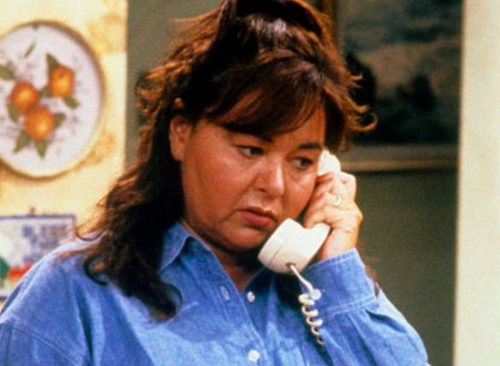 It’s certainly been a while since we’ve heard anything from the disgraced sit-com star/Trump devotee. Basically, we stopped paying much attention to her after she called President Obama’s senior advisor, Valerie Jarrett, a Muslim ape.

Well, she’s back in the news. Sorta.

This week, ’90s sitcom star Kadeem Hardison spilled some tea about an alleged behind-the-scenes incident that happened years ago on the original Roseanne show.

Speaking to SiriusXM’s “The Clay Cane Show” about his new Netflix series Teenage Bounty Hunters, Hardison was asked about a possible reboot of his hit show A Different World, which aired from 1987-1993.

“We’ve been trying to do that for about a decade,” Hardison said. “The owners of the show kind of aren’t interested. So until they get interested, we can’t really move on it.”

Related: Wanda Sykes holds nothing back as she finally breaks her silence on the “Roseanne debacle”

Hardison then criticized the producers for rebooting Roseanne in 2018 instead, citing a bizarre incident in which Barr allegedly threw a phone at a producer during a meeting, resulting in production being shut down for the day.

“It’s like ‘Yo, I was here. I was on the lot when Roseanne threw a telephone at your head and stormed off the set and y’all had to shut down production,'” Hardison recalled.

He continued, “Threw a telephone at their heads, and stormed off, told them to fix it, and broke out. Her dressing room was right above mine. No, it was above mine. And then, I let her talk me into taking the one below so she didn’t have to climb the stairs.”

“She wasn’t throwing no phones at me, but if you was in charge of her thing and she ain’t like it, she would pick up a phone and fire it at you. And not a little iPhone, the phone out of the wall with all the buttons and all the inner columns and all. One of them big joints.”

Hardison added that Roseanne was always “sweet” to him and that they “had a good time” whenever they ran into each other on the lot, but he’ll never understand why her show got a reboot, given her awful behavior.