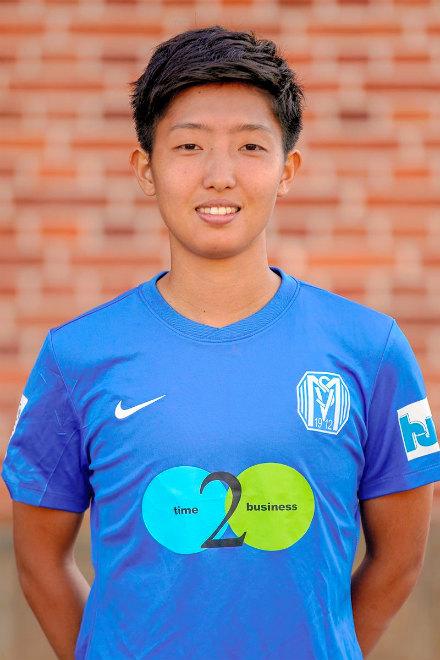 This profile is part ten of Queerty’s Out For Good series, recognizing public figures who’ve had the courage to come out in the past year. The series will run through National Coming Out Day on October 11.

Bio: Born and raised in the Ibaraki Prefecture just north of Tokyo, Shimoyamada qualified for Japan’s national women’s soccer team at the World University Games while studying at Keio University. Afterward, she moved to Germany to begin playing professionally for the SV Meppen team. Though she has identified as a lesbian since high school and began seeing her current girlfriend while still in college, it was only this past February that she decided to go public.

Coming out: First, Shimoyamada approached her parents—not easy in Japan, where LGBTQ rights move much more slowly than in the West, and where sports clubs have yet to adopt the kinds of bylaws many other nations have to protect queer athletes. As she later told the Japanese newspaper Mainichi, her father was silent for a while before telling her, “Live the path you have chosen.”

Soon afterward in February, the footballer tweeted that she had a girlfriend. Finally, in an interview with Asahi, another Japanese paper, Shimoyamada laid it all out: how living in a country where gay marriage was legal and playing among teammates to whom her orientation was no big deal finally gave her the confidence and courage to come out of the closet.

Making a Difference: Shimoyamada claims that what really prompted her was the upcoming 2020 Tokyo Olympics, where organizers are working to bring more awareness, but where athletes at the peak of their careers rarely come out. “You don’t see the face of a LGBT person,” Shimoyamada told Asahi. “It will be powerful if an actual LGBT athlete sends a message.” So she decided to become that athlete. She moved home in the hopes of signing on to a Japanese team and recorded a video with PrideHouse Tokyo aimed at breaking down the barriers in sports.

“I somewhat knew in high school that I was not attracted to men,” she says in the video. “It wasn’t until I met other soccer teammates who were not straight that I finally realized I could be who I was. You may not see it now but you have many LGBTI friends around you right now. For those struggling, let’s take a step forward together.” Tellingly, she is the only active gay player in the video; all the others are straight allies or retired players. 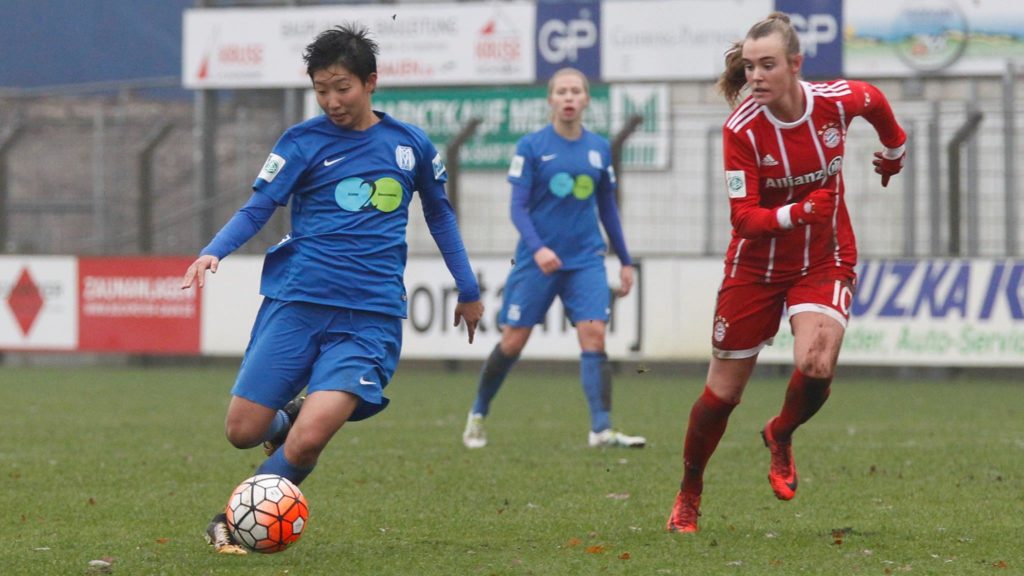 “You will find a lot of company, absolutely,” Shimoyada says to other closeted athletes. “Once you share your feelings with the company you keep, sports will become even more fun.”

“I wanted to sort out my environment with my own strength so that I could live true to myself.

“With the upcoming Tokyo Olympics, the flow toward embracing diversity is growing. If we can’t change the tides now, we never will.”