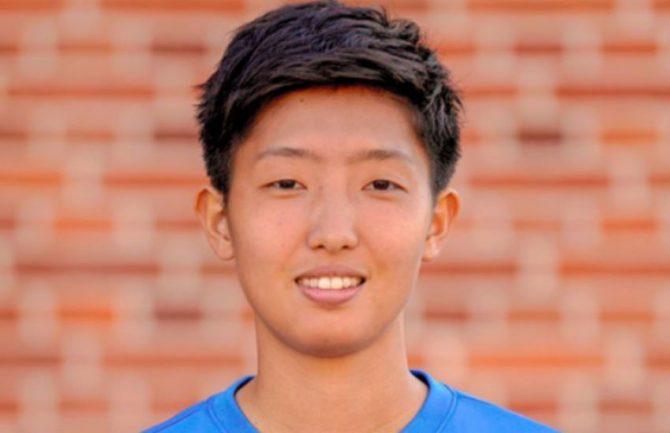 Professional soccer player Shiho Shimoyamada, 24, has just come out of the closet as a lesbian. She hopes that her own coming out will inspire other athletes to do the same.

Though she plays in the German league, Shimoyamada originally hails from Japan. As part of her coming out she taped a special message to Pride House Tokyo, an LGBTQ charity organization in Japan. “You will find a lot of company, absolutely,” she told other closeted athletes. “Once you share your feelings with the company you keep, sports will become even more fun.”

She went on to describe how her team helped her come out by creating a safe, supportive environment for her to express her sexual identity. “They helped me to realize that I don’t have to change,” she mused. “And it’s OK to stay with the team and love the person I love. I felt relieved.”

In the Tokyo Pride House video, which features a number of out-queer Japanese athletes, Shimoyamada further expanded on her story. “I somewhat knew in high school that I was not attracted to men,” she explains. “It wasn’t until I met other soccer teammates who were not straight that I finally realized I could be who I was. You may not see it now but you have many LGBTI friends around you right now. For those struggling, let’s take a step forward together.”

Shimoyamada made her announcement just ahead of the 2020 Summer Olympics, scheduled to take place in Tokyo. At the last Summer Olympics in Rio, a record 56 out athletes competed in the games.