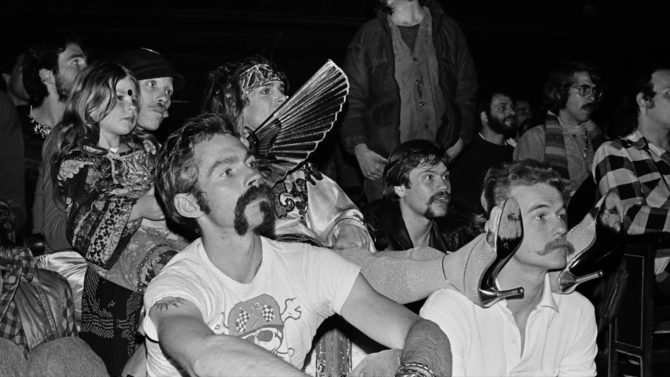 In 1977, Star Wars ruled the world. The sex, drugs & rock generation fueled Hollywood. The home video market & cable TV had yet to take off, which would later allow niche films to find their audiences. Netflix wasn’t even a twinkle in Reed Hastings eye.

For audiences who would have liked a little gayness in their movies, pickin’s were slim. Nowhere did the still-fledgling LGBTQ community feel greater frustration than in San Francisco, home of the hippie artist movement, and to the battle for equality. In those days, the queer filmmakers around town bought all their supplies and had their footage developed at a locally owned camera store, run by none other than Harvey Milk. Besides bringing the community together in a civil rights struggle, Milk also helped unite a group of filmmakers and fostered San Francisco’s first gay film festival: The Gay Film Festival of Super-8 Films.

Related: ‘When the Beat Drops,’ and the top queer indie winning flicks from Frameline42

These stories, along with those of the filmmakers, all have their retelling in Zeitgeist 1977, a new short film from Frameline, the San Francisco-based queer media arts foundation that today is home to literally dozens of first-rate movies at its annual festival leading up to Pride weekend in the city. It should come as no surprise that many of the same filmmakers who started the Gay Film Festival of Super-8 Films would go on to found Frameline.

It also may come as no surprise that Lauretta Molitor, director of Zeitgeist 1977, has also begun work on a feature-length documentary on the same subject matter.

We can’t wait to see it. For now, check out Zeitgeist 1977, which streams for free on YouTube.