The Step-Out: The Good Liar

Dolly Parton gives her songs the streaming treatment, adapting the stories from her music and life into this new series of minimovies. Heartstrings aims for Hallmark movie territory, and we don’t mean that as a criticism. Much like Hallmark movies, each story has a warm & frothy taste designed as a feel-good panacea of sorts. The big difference: Hearstrings goes for a more grounded and sexually-aware approach, and features a host of acting talent that includes Melissa Leo, Kathleen Turner, Julianne Hough, Andy Mientus, Gennifer Goodwin and Camryn Manheim. Ms. Parton is on hand as well, introducing every episode, showing up for a guest spot performance, or taking on a role herself. It’s also refreshing to see a queer story in the decidedly conservative mix: the comedy 2 Doors Down about a gay son trying to come out to his parents at a wedding. Heartstrings doesn’t want to be hard-hitting, but it sure does know how to, well, tug at the heartstrings.

The Unexpected: High School Musical: The Musical – The Series

Yes, that’s seriously the title. Anyone yearning for a new entry in the franchise that helped make Zac Efron and Vanessa Hudgens into household names—or for that matter, anyone who still snickers at their Disney Channel roots—take heed: Disney+ has launched this new sitcom which aims to pay homage to and skewer the High School Musical movies. The series takes place at the high school where Disney filmed the original movies, and follows a new group of theatre kids staging a production of High School Musical, in the single-camera comedy style of The Office. As an added bonus, the series includes some out & proud characters, starting with the choreographer Carlos (played by Frankie A. Rodriguez). A show like this has no right to be so smart, or so funny.

Streams on Disney+ with new episodes every Tuesday.

To celebrate the 25th anniversary of the cult comedy Jawbreaker, those cinephiles over at the Shout Factory have prepared a new fully-loaded Blu-Ray edition, poised to attract a new audience and satisfy fans of the original. Much in the vein of Heathers, Jawbreaker follows the three bitchiest, most popular girls in school (Rose McGowan, Rebecca Gayheart and Julie Benz) as they try to off the prom queen. Loaded with dark humor and camp, courtesy of the acidic wit of gay writer/director Darren Stein, Jawbreaker makes subsequent teen comedies like Mean Girls look tame by comparison. Added bonus: slick production & costume design give the film a candy-colored look, and a rockin 90s soundtrack keeps the pace upbeat.

The Warm & Fuzzy: Let it Snow

Much like Dolly Parton’s Heartstrings, Netflix aims for a warm & fuzzy vibe with this screwball high school comedy about the holidays. Let it Snow contains a number of plot conceits off the bat that are totally ridiculous. It’s one of those movies where a group of affluent kids decide to stage a crazy party on Christmas Eve…while everyone’s families are out of town. If you’re wondering if any kid has ever attended a teeny bopper kegger on Christmas, you’re not alone. Then again, that’s beside the point. Let it Snow is an idealized fantasy, the kind of story where a headstrong young girl can fall hard for a pop star that happens to land in town, and where a guy harboring a secret crush on his best girlfriend doesn’t get his heartbroken. The movie also deserves notice for including a delightful queer character, Dorrie (played by Liv Hewson), who has an ongoing flirtation with a popular cheerleader. Saccharine & ridiculous by design, Let it Snow offers sentimental entertainment for everyone…including queer folk.

For a more riotous time, sans sweetness but with a hearty dose of queer rebellion, have a look at Nasty Cherry, the Netflix documentary series about an all-girl rock band aiming for the big time. The riot grrrl punk of Hole, Verruca Salt, the Breeders always had a certain lesbian undercurrent to it. The band Nasty Cherry brings it to the fore, thanks to the queer lead singer Gabby, who looks like a more athletic Lana Del Rey and seems born to stage dive. With the rock scene ever-stagnated, and with girl punk all but erased from radio rotation, thank goodness for Nasty Cherry, a show that gives us ladies—and music—with balls. As it were.

The Sip: The Jolene 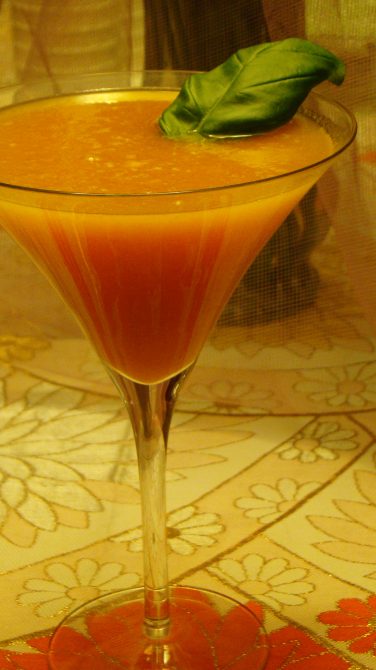 In honor of Ms. Parton and the epynomous ginger vixen of her song (and now, movie), we suggest sipping on this equally gingery sweet vodka martini. It has no shortage of Southern charm, or sexy spice.

Mix vodka, schnapps & ginger beer over ice in a shaker. Shake and pour in a martini glass. Optional: serve with fresh mint or a peach garnish.