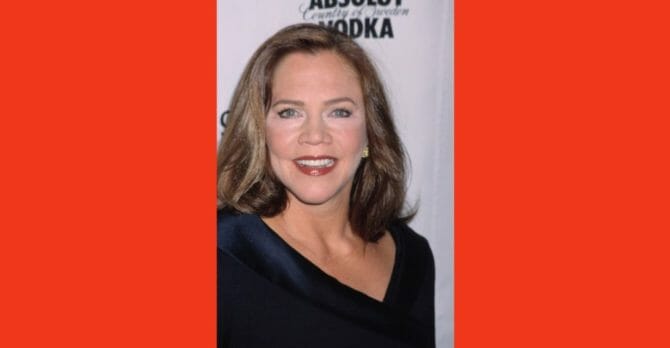 In a wide-ranging new interview with Vulture, Oscar-nominated actress and American treasure Kathleen Turner touched upon one moment in her career that’s memorable to anyone with a television set in the ’90s.

“I’ll be quite honest, which is my wont: I didn’t feel very welcomed by the cast,” Turner said, referring to Perry, Jennifer Anniston, Courtney Cox, David Schwimmer, Lisa Kudrow and Matt LeBlanc. “The Friends actors were such a clique — but I don’t think my experience with them was unique. I think it was simply that they were such a tight little group that nobody from the outside mattered.”

“I remember I was wearing this difficult sequined gown — and my high heels were absolutely killing me,” she recalled of filming one episode. “I found it odd that none of the actors thought to offer me a seat. Finally it was one of the older crew members that said, ‘Get Miss Turner a chair.’“

“Maybe if I’d had months to work with them, I’d be in a better position to evaluate their skill. But I could only judge based on the period I worked on the show, which wasn’t long.”

She did have a few kind words to add:

“I do respect the camaraderie they had,” she said. “You can see camaraderie on the screen. When I did Body Heat with Larry Kasdan and Bill Hurt, we rehearsed significantly before shooting and there was a familiarity before the camera rolled. You see it in the film.

Turner also spoke about working with Burt Reynolds in 1988’s Switching Channels — and it sounds much worse the Friends clique.

“Working with Burt Reynolds was terrible. The first day Burt came in he made me cry. He said something about not taking second place to a woman. His behavior was shocking.

“It never occurred to me that I wasn’t someone’s equal. I left the room sobbing. I called my husband and said, ‘I don’t know what to do.’ He said, ‘You just do the job.’ It got to be very hostile because the crew began taking sides. But as for the performance, I was able to put the negativity aside. I’m not convinced Burt was.”