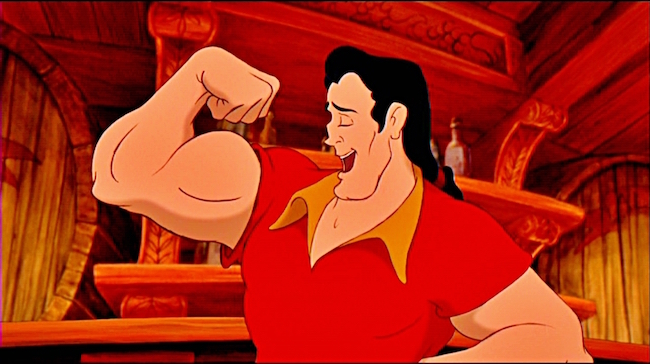 Here’s what we know about the nefarious Beauty and the Beast antagonist: he’s hairy, full of muscle, and more than a little slimy.

And the sexual proclivities of lyricist Howard Ashman probably had everything to do with his conception.

According to Bill Condon, the director of the upcoming live-action remake, Ashman had a taste for “trade” and Gaston was likely a composite of several of his past hookups, either real or imagined.

“I’ll tell you one other thing that’s for sure,” he tells Attitude. “I’m not saying Howard Ashman liked rough trade, but Alan [Menken] told me that both the dentist in Little Shop of Horrors and Gaston were based on, you know, trade.”

Related: Get the longest look yet at the new ‘Beauty and the Beast’ film in final trailer

Asked if Gaston was the kind of man Ashman fantasized about, Condon replies:

“Yeah, or had been with. Not the brightest but lovely, you know… That’s a gay joke, that’s a gay inside joke; that character, Gaston.”

To sum up: Gaston was a John.

The story checks out…

down and out
19 comments