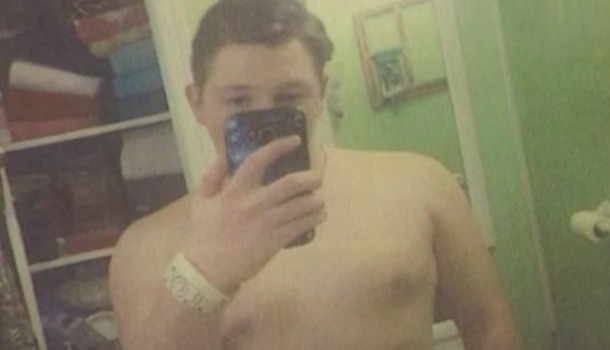 A city council member from Southeast Texas is under fire after scandalous photos taken from his Grindr account were sent to several local media outlets and City Hall.

19-year-old Cross Coburn was elected to the City Council in Groves, Texas. Yes, you read that correctly. He’s 19.

Earlier this week, anonymous envelopes arrived at the Port Arthur News, KDFM-TV, and City Hall. Inside were screenshots of Groves’ private Grindr photos and conversations he had had with other men.

The envelopes had no return address and included a cover letter with contact information for Coburn, as well as the following statement:

Of course, the media outlets could have easily ignored the photos and not reported on any of it. Especially since having a Grindr profile and sharing private photos isn’t a crime. But what fun would that be? Instead, KDFM-TV decided to take the story and run with it, publishing the photos and tracking Coburn down for comment.

“I felt like I was being harassed, being discriminated against because I’m a young gay man on City Council,” Coburn rightly told the station.

“Personally I think it’s unbecoming of a public official, regardless of age,” Mayor Brad Bailey tells the Port Arthur News, adding that Coburn had done “nothing illegal” and that there is “nothing to pursue.”

Still, the young councilman’s photo had been removed from the city’s website, even though he says he has no intention of stepping down.

“I am 19, still very young,” Coburn says. “The reason I want this position (on city council) is to learn. This is my first political post in my own home town and it’s a great way of learning.”