The rollout for Rupaul’s Drag Race All-Stars 7 is in full force, and we can’t help but speculate on how our favorite winners will fare in what’s prospected to be an incredible showing of charisma, uniqueness, nerve, and talent. We don’t have any spoilers on how the queens did while filming this season (look to Reddit for such information if you dare), but here we’ll take a look at their past performances to see how these queens may contend in three of the most legendary Rupaul’s Drag Race challenges. 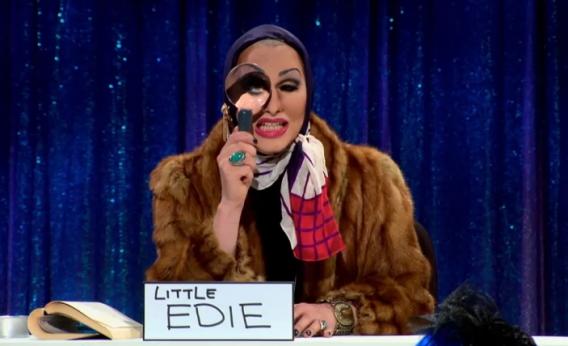 Who may win: Jinkx Monsoon, Trinity the Tuck, Shea Couleé, and The Vivienne

Snatch Game is the kingmaker (or queenmaker, as it were) of Drag Race Challenges, so it’s no wonder that an All-Winner’s season would be stacked full of Snatch Game winners. Jinkx’s turn as Little Edie of Grey Gardens has become the benchmark for obscure character choices, and The Vivienne’s Donald Trump was immediately lauded by Michelle Visage as “the best Snatch Game character in the history of the show.” Shea and Trinity both landed somewhere in the middle on season nine, but came back with a vengeance as Flavor Flav and Caitlyn Jenner on their respective All-Stars seasons.

Who may be worried: Yvie Oddly

Yvie is the only member of this cast to truly miss the mark on the Snatch Game (coincidentally, so did her recently crowned sister Willow Pill), so it’ll be interesting to see if a ru-demption is in order for this queen. Who may win: Raja, Shea Couleé

Raja is the queen of the runway and one of the most frequently referenced fashion queens in the franchise, and fans are eager to see what she’ll bring to the runway this season. Yara Sofía beat her in season three’s ball challenge by a hair, but with two design challenge wins under her belt, the other girls may want to look out. Shea Couleé earned one of her four challenge wins at the “Gayest Ball Ever” and was generally one to watch on the runway of season nine’s talent-packed cast.

Who may be worried: Jinkx Monsoon, Monét X Change

Jinkx earned her first and only spot in the bottom just at the end of season five at the “Sugar Ball”, where she out-lipsynced Detox (possibly the strongest lipsyncer of the bunch) in order to earn her stay. Monét was often held back from wins by her runways on season ten, with her first bottom placement being earned at the “Last Ball on Earth” on episode four. Like Jinkx, she turned in an iconic lipsync (assassinating Dusty Ray Bottoms to “Starships”) and stayed in the competition. In a moment that follows her season nine sister Nina Bo’nina Brown to this day, Shea Couleé’s performance as Blac Chyna in Kardashian the Rusical was a cameo for the ages. On top of that, she earned her first win on All-Stars 5 in the “I’m In Love” girl group challenge with her verse dedicated to the late Chadwick Boseman. Monét turned in strong performances in both of season ten’s rusicals, but finally earned her musical win in All-Stars 4’s ode to Stacy Layne Matthews, “Everybody Say Love” featuring Lizzo.

Who may be worried: The Vivienne

The girl group challenge may have been The Viv’s only misstep on Drag Race UK, but it was a fall from grace for the front-runner with her team being soundly trounced by The Frock Destroyers (who would go on the tour their winning version of “Break Up Bye Bye” across the world).

We don’t know exactly what challenges this season has in store for our winners, but one thing’s for sure: we can’t wait to see how this turn out!