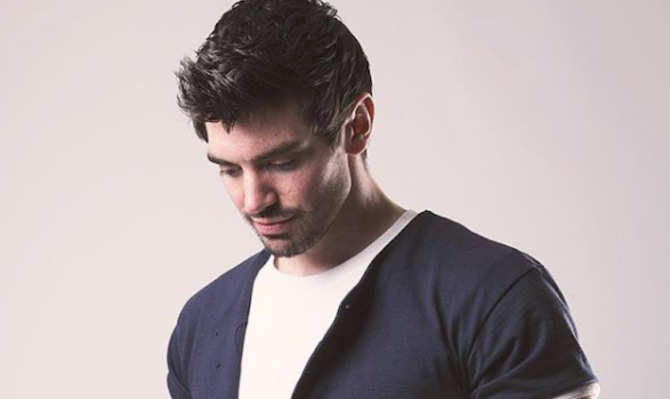 Out singer-songwriter and swimwear connoisseur Steve Grand has opened up about his struggles with addiction in a candid new interview.

The performer spoke with Attitude about the dangerous role alcohol played in his life, from getting blackout drunk to what would happen after he was blackout drunk.

Steve’s drinking became a problem after a seven-year relationship came to an end that started when he was only 18 years old. The extreme ups and downs were made even more intense by the fact that during that time, the spotlight found Steve after his “All-American Boy” music video hit the internet in 2013.

It was also during that time that Steve got into another rocky relationship.  “It was tumultuous so it ended a couple of times,” he told Attitude. “There were some very rough years, even through my video coming out.

“I was carrying around all this pain, I was just a sad person in a very dark time. My rock of the past seven years was gone.”

Drinking became his release from that darkness.  “I needed to be numb and push through. And when I was tired, it helped me keep pushing through and be less anxious.

“After a while I was drinking every day because I was able to rationalize it and say, ‘well I’m more creative when I’m drunk’, and most of the time I’m just at home so I would be drinking in the morning. Then, on my shows, I would get destroyed.”

Steve recalled one blackout that made him wake up, so to speak:

“I got so trashed at this party, I ended up passing out at the bar. People didn’t know what to do with me. I was told later they had to put my fingerprint on my phone to get access and call someone because everyone else had left and I was out cold.”

And that’s not even the worst of it:

“I woke up in my own urine in the bed of a person who I don’t even think particularly likes me. But he was the only person who came up in the recent messages on my phone so was the one they called and he took care of me. That was the last straw for me.”

Now 18-months sober, Steve is facing his demons and owning up to his mistakes. It takes real strength to not only face your darker truths, but to open up to the world about them and help destigmatize addiction, and we’re happy to hear about Steve’s strides.

We’re also looking forward to his next choice in bathing suit lewks.