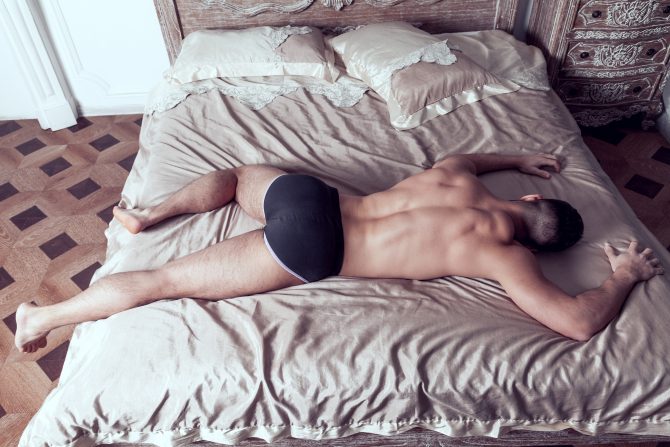 A straight-identifying man says he’s been receiving oral sex from a gay guy and he isn’t sure if it’s right or wrong, so he’s seeking advice from our buddy Rich Juzwiak over at Slate.

The man, who has a girlfriend, says he’s not into other men at all, but for some reason he can’t seem to quit this one guy.

“I don’t like touching his d*ck or even seeing it, but I love the head he gives me. I’m fond of sex with girls, and I have a girlfriend, but I keep going back to him.”

Now he wonders: “Is this going to affect me in the future? I live in a country where this is very socially unacceptable, but I’m not sure if I’m doing damage to myself.”

In his response, Juzwiak tells the man that he doesn’t believe any “damage” is being done (“blow jobs are just blow jobs”), but if he’s lying to his girlfriend, then that’s not cool.

“You mention a girlfriend but not whether she knows about this,” he writes, “so you may be cheating, and taking a moderate STI risk at that—if that’s the case, you should be honest or stop.”

Juzwiak goes on to suggest that maybe the reason the man keeps going back to this is because it’s “good head,” which is a great anxiety buster.

“You’re certainly not the first guy to discover that some men are gifted at sucking d*ck,” he writes.

As for being concerned about what these casual same-sex encounters may mean for his future, Juzwiak says it’s hard to know, but he shouldn’t let it stress him out too much.

“There is no way for me to determine whether your love of this oral sex will intensify or leave open the door for further adventures in dudesex, but know that there is certainly a possibility that this is as far as it goes.”