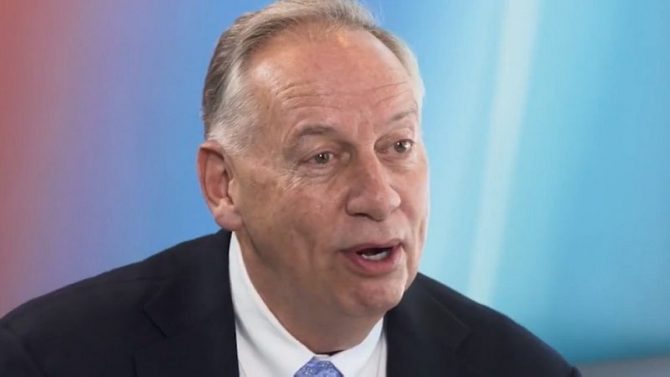 Fun fact: The United States cabinet had not had a Bible study class in over 100 years until Donald Trump took office. But now every Wednesday a man named Ralph Drollinger convenes some of the most powerful people in the country to delve into Christian scripture.

But Drollinger’s religious musings aren’t relegated only to closed-door White House sessions. He also has a blog, Capitol Ministries, where he shares his thoughts with the world.

And earlier this week he posted what he calls a “biblically astute evaluation” of the coronavirus crisis. It’s a doozy.

“Yes, America is experiencing the consequential wrath of God,” he says. He lays out five key “identifiers” of why this is, with number three being “a sensation toward homosexuality.”

It’d be one thing if these were just the inconsequential ramblings of a religious wingnut, but Drollinger has direct influence at the highest levels of the federal government. The Intercept reports that his religious justifications were even used by Trump in devising the disastrous policy of separating migrant children from their families in detention.

Related: Antigay pastor buses in 1,825 people for church service, says Jesus will save us from coronavirus

He also claims the Earth is suffering from illness and natural disasters because people worship the “religion of environmentalism.” Environmentalists, he says, are “largely responsible for God’s consequential wrath on our nation.”

As if it’s any great surprise, coronavirus task force leader and Vice President Mike Pence is listed as a host of Capitol Ministries.