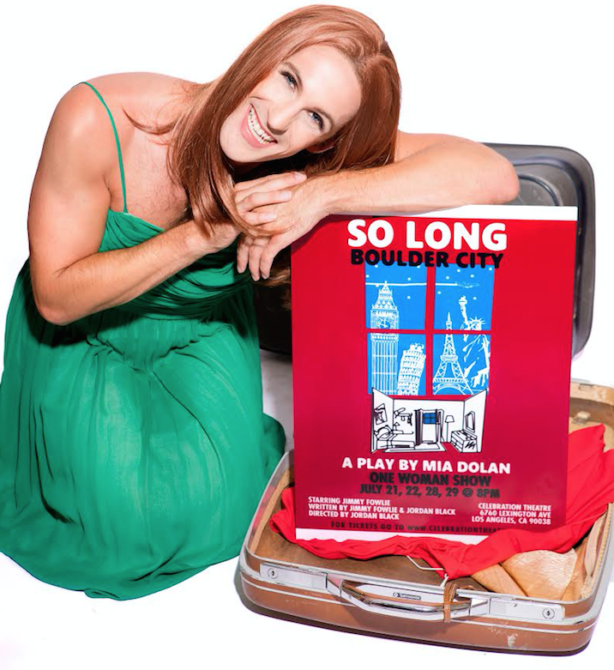 From the award-winning Celebration Theatre in Los Angeles and the hilariously twisted minds that brought you Go-Goy Boy Interrupted comes the show you didn’t know you kinda wanted to see! Straight from the world of the almost-Best Picture winner La La Land, So Long Boulder City is comedian Jimmy Fowlie‘s take on Emma Stone’s one woman show-within-a-movie. It’s a tale of determination, ambition, crushed dreams and Hollywood triumphs. You won’t want to miss what Deadline Reporter calls “A struggling actresses’ tour-de-force!”

We caught up with Jimmy to figure out what in the hell he was thinking when he decided to bring this project to life. The show opens Friday, July 21st for a limited run — ticket information is here.

This might be the most brilliant thing we’ve ever heard of, or it might be the dumbest. I’ve got to start by simply asking… Why?

Haha. I honestly think that this whole interview could just be you writing the words “WHY” in all capital letters. I don’t know why I was compelled to write this. I think because in the film — the show seems very thin — like they show bits and pieces, you don’t know much about it but you know its a piece of garbage! Then it becomes the show that launches her career! (Spoiler alert! )

So about a month ago I posted on social media as a joke: “If I wrote Emma Stone’s one woman show from La La Land and performed it in LA, would you come and see it?” And my friends were freaking out saying “Omg you have to do it!” And the more I thought about it the more I wanted to do it. So I reached out to Jordan Black who directed Go-Go Boy Interrupted and I mentioned it to him (at this point I was still unsure if I wanted to do it. I wanted to chill for the summer because I actually am a really lazy person at my core.) And so we sat down to write it and I’m telling you — it was the funniest thing I had ever written. Jordan and I were crying and howling from laughter. I knew I had to do it! 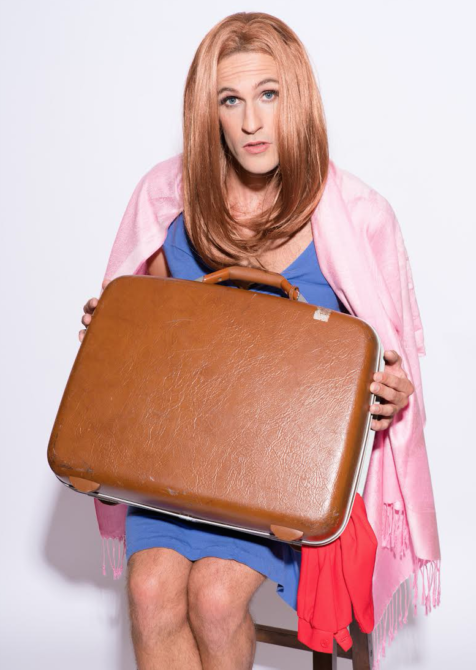 Mia’s show — So Long, Boulder City — is a sort of memoir set to song. What would a show about your life up to this point be called?

My show would be called “Why You So Poor?” and it would be a show where I walk around the stage with a set piece that represents my Saturn sedan that leaks when it rains and characters would shout “Why you so POOR?! I know you’ve made good money” and I’d be all innocent and throw my hands up in the air like “I don’t know!” But as the show progressed I’d always have a little treat, like an expensive cold brew or an expensive juice or an expensive plant for my apartment and then the audience would be clued in like “Oh wait, this guy doesn’t know how to manage his money”, and then I would turn to the audience and say my adorable catch phrase which is “I’m horny!” And the audience would smile and throw roses at my feet. Then the show would end with me getting a disturbing phone call from my biological father. Maybe I can do this show in 2018!

I’d definitely watch that. How many gaps did you have to fill in to get So Long ready for prime time?

Ha! (I just let out a loud scream). There were lots of gaps to fill because you never quite know what he show is about. It was kind of fun going through the movie looking for those hidden gems and connecting the dots . Of course there were things you could infer based on what you saw in the movie. For example — on her set she has a globe and a picture of the Eiffel Tower and the show is called So Long Boulder City so you can gather it’s about her journey out of her small town. But then the more you dig the more questions pop up. For example: in one scene where she’s sitting in her apartment writing the play, they do a close-up of what she’s writing. When you see it in theaters there’s no way to decipher what it says, but when Jordan and I watched it recently, we paused it and were able to read what was on her page. And it was INSANE! It said something like, “Genevieve walks on stage — she stops! Blinks! She flicks her cigarette and removes her trench coat.” We were like “Who the hell is Genevieve?” Also that one sentence seems like the most stock, on the nose, one woman show. She has a cigarette and a trench coat? It is so bad!

Also we took liberties to justify strange moments in the film. For example, when she hears the bad reviews of her show, a man says “What was up with those windows?”, so we had to do a crazy window segment. Also, when Ryan Gosling’s character invites her to go to Boise she has a very strong response (she’s like “I CANT GO I HAVE MY SHOW IN TWO WEEKS”) but she is in a one woman show that she is DIRECTING HERSELF!!! So she could rehearse anywhere. Just go and hang with your boyfriend and practice in the hotel when he’s performing! Right? Her reaction seems a little out of nowhere so we gave her a bit of backstory of why she hates Boise so much.

Also I just have to be clear — this show is ABSURD! We are doing some justification of the facts from the film, but it’s also a comment on self-masturbatory one person shows. For example, I want Mia to do the electric slide for a full four minutes in her show. Why? Because it makes me laugh and it’s alienating to the audience and I feel like that’s what the character would do. It’s so enjoyable! 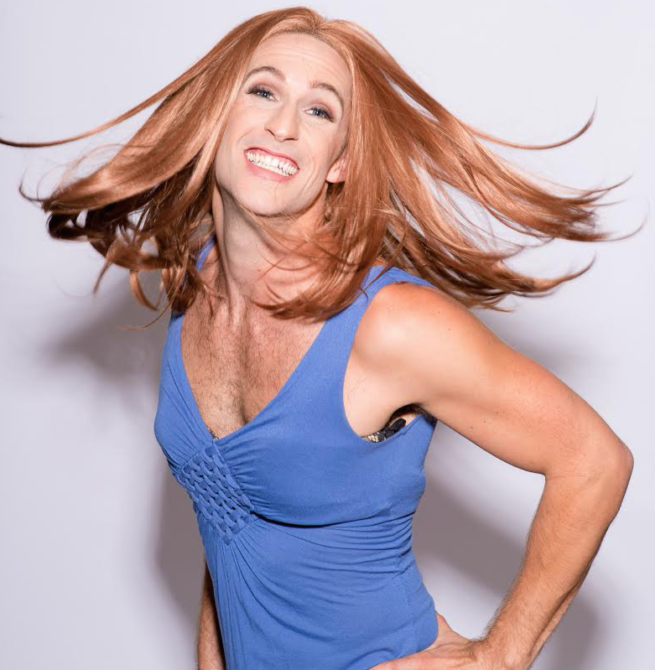 Have you ever performed a one-person show?

I actually haven’t! I have respect for good ones! A friend who I worked with on the CBS diversity show, Tara Grammy, has an award-winning show called MAHMOUD which floored me. One of my best friends, Sofia Gonzalez, did her show Bully-mia and I think she’s one of the funniest people in the world.

But I also have seen the WORST shows. One was a one woman show ABOUT the making of a one woman show. And it was like “Why? Why?!” I remember watching it thinking that this woman didn’t need to write this show, she needed a good group of friends!

What are your honest thoughts about the film La La Land?

Here’s the dirty little secret — I liked it. I know it’s not cool to like it but I love Ryan Gosling and I’m so lame because I do love stories about LA and being an artist. However her show was legit trash. And then she gives up on her acting career?! After one bad show? It’s like, you should see how many terrible improv shows I’ve done over the years. And then she is discovered from that same show and the casting director is like “Hi! I know you’re unknown but we need an actress for this HUGE movie and we don’t have a script but it films in Paris! Please sing about your mentally ill aunt!”

So I assume you’ve done some research on all things So Long, Boulder City. Are you familiar with the email theory? In the film, the audience is supposed to feel sorry for Mia when the lights come up and nobody came to her show. But a screen grab of the email she sent out promoting the event suggests she royally f*cked up any chance at getting an audience. (Here’s a link). What are your thoughts on this potential scandal, and what will you do differently to make sure people see your show?

Omg YES I saw the article and it’s so perfect. She also says in the email to the managers “This is a labor of love!” But isn’t every show a labor of love? Who cares? Also the show looks so uninteresting. Do I sound like a hater?

I think I’ll be able to get people to come but honestly I would prefer if it was not well attended and then I performed to a basically empty theater — mirroring her show. But I guess I’m weird like that. I think it’s funny when things fail! 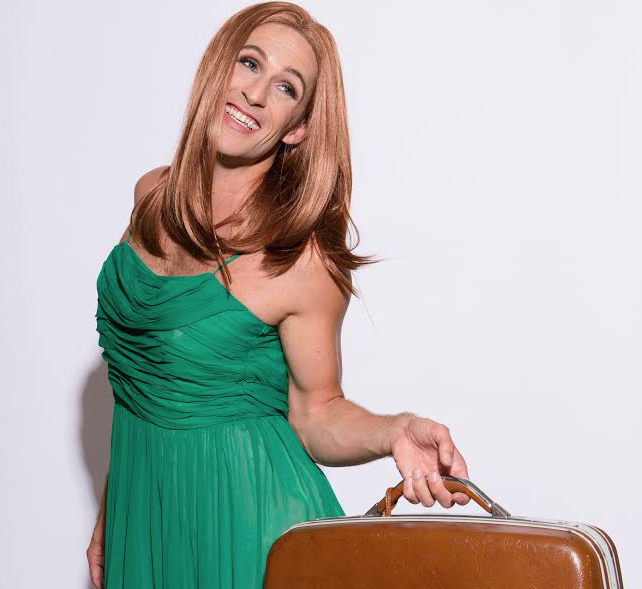 Will you be sending out an invitation to Emma Stone?

I will totally tweet at her! If Emma Stone came I would die of happiness. Let’s make it happen!

We’ll get right on that.