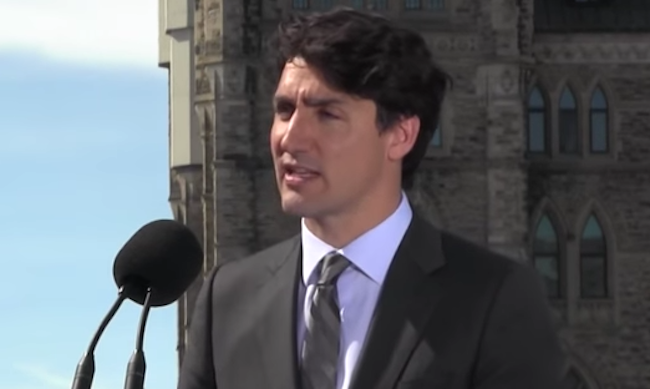 We’re not the type to threaten to move to Canada just because the political climate isn’t going our way. We’re not. We’re really, really not. We’re… just not.

So while we get Trump and National Homeownership Month, Canada gets breezily handsome Prime Minister Justin Trudeau, who can do yoga poses you can only dream of… 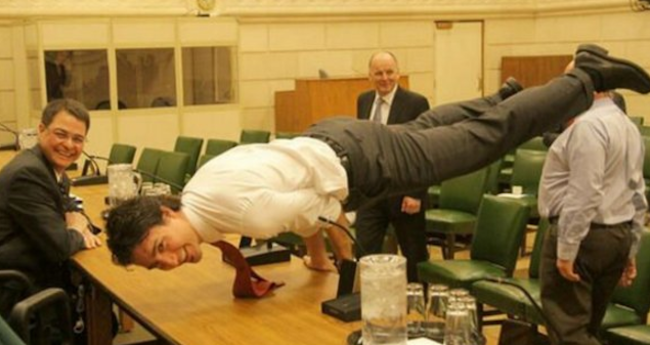 …looks fetching with his shirt off… 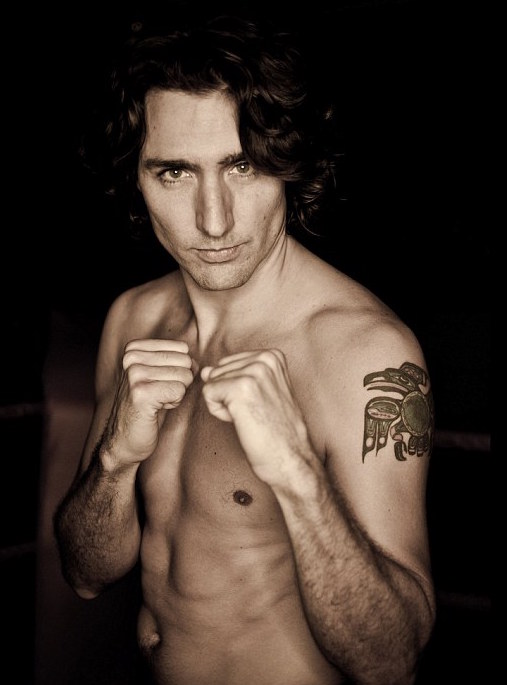 And by wholeheartedly, we mean he raises the rainbow and transgender flags above Parliament Hill and promises to combat the daily discrimination that LGBTQ people face.

Addressing the crowd during the flag raising ceremony, Trudeau said:

“Our government believes in equality and equal treatment for all Canadians.

That is why we are moving forward on legislation that makes it possible to erase the convictions of Canadians who were unjustly convicted of a crime – simply for who they were, or who they loved.

We will be introducing legislation on this later this year, and further we will acknowledge and apologize for the historical discrimination faced by LGBTQ2 Canadians. We are committed to apologizing in an inclusive and meaningful manner before the end of 2017.

I believe that it’s essential to make amends for past wrongs, and not to simply gloss over them. Our government believes in equality and equal treatment for all Canadians. We will passionately defend the rights of all our citizens regardless of sexual orientation, gender identity, or gender expression.

Homophobia, biphobia and transphobia are unacceptable. In Canada we’ve come a long way, but there is still work to be done, both here in Canada and around the world.”

You can watch his speech here:

So, that’s how they do over in Canada, but we’re here in America.

But, on the bright side… HAPPY HOMEOWNERSHIP MONTH!

Now, if you’ll excuse us, we have a plane to catch.