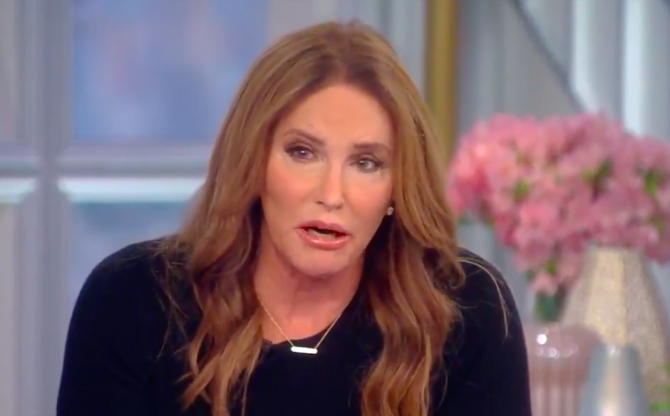 Fresh off the heels of her crushing defeat in California’s gubernatorial recall election, Caitlyn Jenner is guest-hosting The View today. And this, ladies and gentlemen, is precisely why we can’t have nice things.

Related: Caitlyn Jenner’s campaign debrief has begun and OMFG what a mess that was

The hit morning talk show, is a clear attempt at trolling its own viewers, made the surprise announcement late yesterday, and the response has been, well, shall we have a looksy?

So many amazing people in this country and this is who you pick?

She got 1% of the votes in California’s recall, #TheView and will get 1% of it’s viewing audience if there lucky. I’m out!!

I am so sad about this. I just started watching again but I have zero interest in this woman’s ideas or thoughts. I will sit out til Thursday. Just an awful choice.

No, Thank You; I’ll watch anything else other than her interview. Her talking points about trans-youth are a clear present Danger to those who want to be accepted, helped, and heard in our LGBTQIA+ community.

You may have found someone even less qualified than @MeghanMcCain. That’s impressive

Caitlyn Jenner listening to Sara talk about people other than herself. #TheView pic.twitter.com/XXUCc1rLGV

I put that on the list of shit I won’t be watching today. What y’all want from the store though, while I’m out?

This morning, Jenner, who hates homeless people, appeared on the show, where she quickly butted heads with the other co-hosts.

During a discussion about whether the current GOP can attract millennial and Gen Z voters, Jenner, who doesn’t believe trans athletes should be allowed to compete in sports, argued that young Americans “want a Republican party that is more inclusive to other people.”

That’s when Sunny Hostin interjected: “With Trump as the head of the Republican Party, I think that’s kinda difficult.”

Jenner, who blames the sun for global warming, admitted Trump had “messaging issues”, to which Hostin replied, “He had a big insurrection issue, and a couple of impeachment issues as well.”

Later, Jenner said that she would 100% consider running for office again, saying, “Would I run again? Yes! It really opened my eyes to political life. It opened my eyes.”

.@Caitlyn_Jenner calls her run for California governor "one of the most rewarding experiences" and says she would run again after the recall failed: "I want to stay involved."

"The Republican Party needs to change, and to be honest with you, I am the poster child for change." pic.twitter.com/dRfxBG7nZn