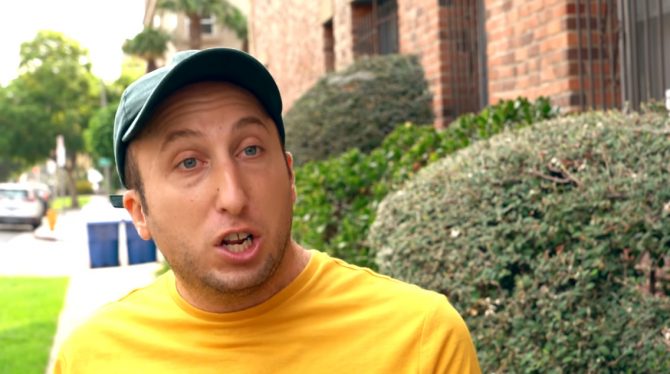 Comedian Michael Henry celebrates bisexual awareness week this week with a new video, aptly-titled “bisexual.” In it, Henry stages a mock conversation with a friend addressing criticism he received over a previous video that referenced bisexuality.

In the previous video, a character tells Henry that the term bisexual is inaccurate since it implies only two genders exist. The new video points out that Henry never said only two genders exist; in fact he said the opposite. The comedian didn’t stop there, though, going to far as to explain the true definition of bisexuality.

“Some people might misunderstand and assume the term bisexual is limiting because it starts with the word ‘bi’ as in ‘bilingual,’ ‘bicycle,’ ‘binoculars;’ all of those words refer to two of something,” Henry says.

“But the word ‘bisexual‘ has evolved past being attracted to two genders or sexes,” his friend rebuts.

“I know that,” Henry assures. “Being bisexual is much more broad and fluid than the term I’d suggest, and the definition of ‘bisexual’ varies from person to person.”

He has a point. Henry also adds a preemptive disclaimer, pointing out that terminology for the queer community changes over time, and he should not get dragged for defining bisexuality in a certain way at this point in time in the future. Oh, and he wants everyone to know he has a great *ss.

Have a look and judge for yourself. The definition, not the *ss.