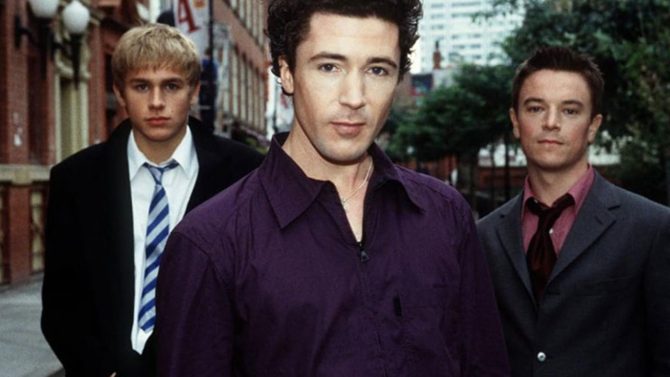 The Seminal: Queer as Folk (UK)

Before Russell T. Davies became a Hollywood darling, before the US remake shocked the nation and forced many a gay boy to uncross his legs, Davies and UK television broke new ground with the original Queer as Folk. Unlike the US version which ran a few seasons too many and devolved into eye-rolling soapiness, the original show confines itself to two seasons, allowing its main characters to grow in significant ways as the show pulls 1990s gay life into the mainstream.

Aiden Gillen stars as Stuart, a successful advertising executive with a very active sex life. His best friend Vince (Craig Kelly) has long fostered a crush on Stuart, though Vince’s staying in the closet stymies his chances of having any kind of relationship. 15-year-old Nathan (Charlie Hunnam) arrives on the gay scene reveling in his newly-out, youthful sexual power…but doesn’t quite understand the emotional consequences of doing so. More than that we’ll not reveal here, for as with all Mr. Davies’ work, Queer as Folk is best enjoyed with plot twists hidden.

Queer as Folk is dated in some ways, though in a sense, that gives it a new value more than 20 years on: the show becomes a window into a transitional moment of queer life. Thoughtful, celebratory, and always sexually charged, it makes for perfect weekend viewing, with or without company.