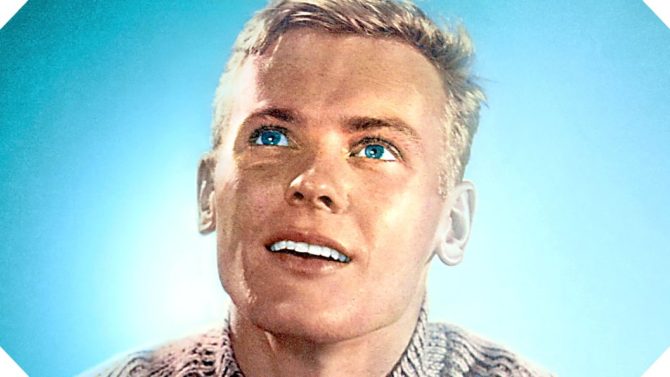 Leave it to the documentarian Jeffrey Schwarz (Vito, I am Divine) to spotlight the frustrating life and career of an old-time Hollywood closet case with such grace and humor. Schwarz’s documentary Tab Hunter Confidential tells the life of the titular actor, one of the biggest (and hottest) matinee idols of the 1950s. With his blond hair, chiseled physique and ice-blue eyes, Hunter had all the makings of a big-screen megastar, save one: he was secretly gay. It goes without saying at this point that Hunter’s sexuality caused him career woes, and eventually, derailed his movie stardom completely.

Filmed before Hunter’s death in 2018, Tab Hunter Confidential features a treasure trove of interview subjects, including Debbie Reynolds, John Waters, George Takei, Clint Eastwood, Robert Wanger and of course, Hunter himself. The actor gives candid insight into the Golden Age Hollywood closet (Hunter dishes on several other occupants, including Rock Hudson and Anthony Perkins, the latter of whom comes off as a vindictive, catty bitch), and the financial and emotional stress that came along with it. Hunter, however, seldom comes off bitter. Rather, he shows extreme graciousness when discussing his film successes, his long career, and takes solace in his 35-year relationship with his boyfriend, Allen Glaser. His is a showbiz story for the ages, one full of triumph, loss, perseverance and joy. Critics through the years often dismissed Tab Hunter as just another pretty face. In Tab Hunter Confidential, he proves he’s anything but.