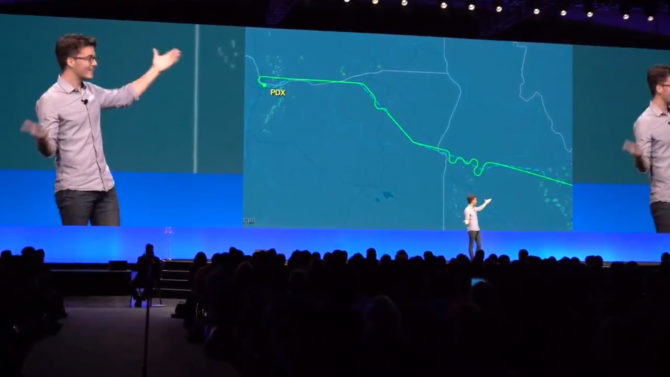 On February 28, Takei tweeted out his endorsement of Carmichael, a New York-based astrophotographer, on his grassroots campaign to be the first openly gay man in space.

“First gay man to go to space?” Takei wrote. “I certainly can relate to that dream! Jon’s story is truly inspired. To my LGBTQs and allies, can we make this young man’s day with a RT barrage? Let’s give it maximum warp and help send Jon on that mission!”

First gay man to go to space? I certainly can relate to that dream!

Jon's story is truly inspired. To my LGBTQs and allies, can we make this young man's day with a RT barrage? Let's give it maximum warp and help send Jon on that mission! https://t.co/6gRM33DTVb

Takei also included a retweet from Carmichael, announcing his bid to land a spot on the Inspiration4, a SpaceX experimental rocket designed to ferry private citizens to space. Inspiration4 offers three spots to space tourists who can earn a spot on the ship by sharing an inspirational life story. Carmichael hopes that his life as an adventurer, a gay man, and his advocacy in favor of St. Jude Children’s Hospital–a facility designed to treat kids with cancer–will earn him a spot.

Hey @Twitter fam! There's a chance I could be the first gay man to go to SPACE!????

Please watch my story for the #Inspiration4contest and RT – if this tweet takes off, I could too!?

Help support @StJude by ordering a print at my @Shift4Shop store! https://t.co/nSfK7nyAul pic.twitter.com/ynNLOCeS5T

“Hey @Twitter fam!,” he wrote. “There’s a chance I could be the first gay man to go to SPACE! Please watch my story for the #Inspiration4contest and RT – if this tweet takes off, I could too! Help support @StJude by ordering a print at my @Shift4Shop store! https://joncarmichaelgallery.com”

Replying to Takei’s endorsement, Carmichael wrote: “I believe representation is important; when I look back when I was a child/teenager who was terrified to come out, felt that I was less-than and would never amount to anything, had I seen an openly gay person being selected to go to space, it would’ve changed everything for me.”

Though it was not well known during her time as an astronaut, Sally Ride, the first American woman in space, was a lesbian.