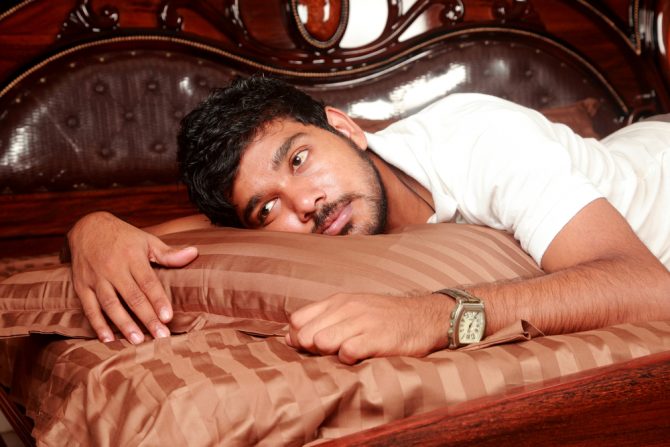 I’m 32, and I’ve been single all my life. When Grindr first came on the scene and was an actual dating app, I downloaded it, and kept it even as it devolved into a hookup app, in the hopes that I might meet a nice guy. Eventually, I deleted it on my 30th birthday. My question is this: where/how do I meet a guy that wants a monogamous relationship?

Admittedly, I’m not notably attractive enough to stand out in a crowd and catch someone’s eye, but there’s nothing strikingly off-putting about how I look. I’m okay with that because I feel like I’m an intelligent guy with a good sense of humor. I’m educated, I play piano, I speak multiple languages, I go to the theatre, I go to a weekly tango dance night (when we’re not in lockdown), and I pride myself on being an old-fashioned gentleman.

I feel like I’ve got so much to give, and for the right guy, I’d give so much more than I’d even want in return. But in a world of instantly-gratifying, topless-torso-profile-pic hookups, guilt-free cheating and open relationships, where does a hopeless romantic like me find love? Please advise, how can I improve my chances of finding Mr. Right?

From,
A Lonely Guy

Wow, what a great catch for the right guy out there! There are a lot of interesting and wonderful things that would make you a great partner. (A tango dancer?! *cues up the El Tango de Roxanne scene from Moulin Rouge). I’m sorry you’ve been experiencing loneliness in your search for “the one” who will appreciate all you have to offer. As you’ve made clear, the difficulty is finding that other person who also sees and values the same things you do, and wants the same kind of relationship.

Believe it or not, there are quite a few other “hopeless romantics” out there, and not everyone is looking for a quick hookup, a threesome, or an open relationship. Although there is more fluidity in terms of how LGBTQ can relationships look in regards to monogamy, roles, and relationship dynamics (one study estimates that 30% of gay men are in an open relationship), there are also a large percentage of LGBTQ people who are looking for that one special partner to settle down with. They find comfort in sharing their mind, body, and soul with one other person, without having to navigate the sometimes-muddy waters of non-monogamy.

Now, about that search for Mr. Right… This may sound counter-intuitive, but my first suggestion is that while you can want things and have goals like a monogamous relationship, you should also practice being in total acceptance of being single. There are a lot of great perks to single life, such as not being accountable to someone and the freedom to do what you want when you want, so enjoy it now until that special someone comes along. By doing this, you’ll also then be projecting a confidence out into the world, and to the people you meet, that will actually help you draw in Mr. Right when the time is right. The universe can smell desperation, and, unfortunately, usually doesn’t reward it, because the first lesson of self-worth is to be OK just as you are. Therapy can help with that as well!

That doesn’t mean stop looking, however. You can still be fine being single and enjoy it, while also doing the necessary footwork to find the right partner for you. For example, I know that Grindr tends to be more sex and non-monogamy focused, but I happen to have two close friends who have been married several years that met on Grindr, so I wouldn’t close the door on anything. As long as you both are upfront about what you are looking for, why not take advantage of a large pool of people who use the app?

Next, there are a lot of other dating apps that are less sex focused, which you may want to experiment with–Chappy.com, CompatiblePartners.com, Match.com, and OKCupid.com, just to name a few. If you put it out there from the get go what you are looking for, you won’t waste as much time with those who are looking for something else.

Lastly, although it’s much harder during an unprecedented global pandemic, my best advice for you is to simply put yourself out there in the world, in whatever situations you feel comfortable. That can be anything from formal groups (gay sports leagues or gay book clubs, for example), to going into the office when you can, instead of working from home, to accepting a friend’s invitation to a party where you know there will be people you’ve never met. By simply interacting with people, you’re upping your chances exponentially at organically making a connection with someone.

In a gay world that sometimes feels, ahem, less than romantic, know that there are plenty of starry-eyed lovers out there who want to find something platonic, consistent, and stable, even if they aren’t as visible as first. It’s up to you to sift through the possibilities, and remember that you’re fine exactly as you are. Stay true to what you want, and try to have fun looking!

Jake Myers is a Licensed Marriage and Family Therapist, and the Founder of LGBTQ Therapy Space , the first LGBTQ owned and operated national platform for teletherapy. He has a Masters in Clinical Psychology from Antioch University Los Angeles, with a specialization in LGBT Affirmative Psychotherapy.