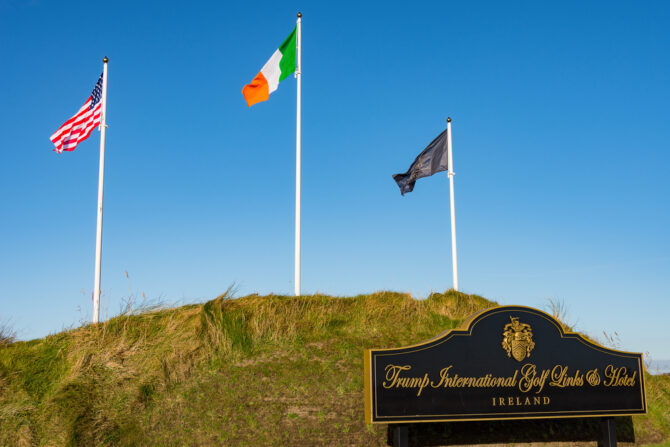 Yet another one of Donald Trump‘s luxury resorts is in serious trouble. This time, it’s his golf club in Doonbeg, Ireland.

According to a local news report, Irish annual corporate filings show the property, which Trump purchased in 2014, lost twice as much money in 2020 than it did the previous year, bleeding out almost $4.5 million and losing more than half its workforce.

Of course, a lot of this had to do with business shrinking due to the pandemic, but the resort has never actually made money in all the years Trump has owned it. In fact, none of his three properties in Ireland or Scotland have ever turned a profit. They’ve all been operating in the red for years.

While Trump often paints himself as property developer with strong ties to New York City, in recent years the Doonbeg course and two Scottish golf resorts have become the financial heart of the Trump Organization, with Trump having invested several hundred million dollars in the properties. Of the three resorts, Doonbeg has been the smallest drain on the company, with Trump believed to have put about $46 million into the property since he purchased it. But like the two Scottish properties, it has never come close to profitability.

During his presidency, Trump’s adult children stayed at the Doonbeg property numerous times, and in 2019, ex-VP Mike Pence took a detour there during a diplomatic trip to Ireland. All those visits were funded by American taxpayers and the money went straight into Trump’s pockets.

News of the resort’s struggles comes not long after the ex-president was kicked off Forbes’ list of the 400 richest people in America, a coveted group he’s belonged to for more than two decades.