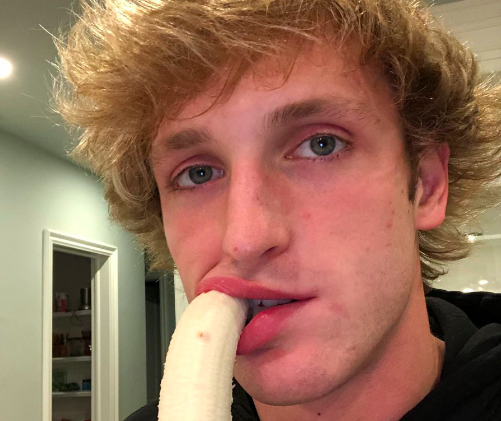 Latching onto pseudo-controversy like a newborn piglet to Mother’s teat, YouTuber Logan Paul has committed to his plans to “go gay” for a month.

Earlier this month, the 23-going-on-12-year-old from Ohio announced his  New Year’s Eve resolution to “go gay” for a whole month. And people weren’t happy about it.

In his podcast, Paul and his co-host Mike Majlak talked about the plan.

In January the guys have decided to go “sober and vegan.” In February, they’ll do the opposite, and eat steak and drink “big bottles of Tito’s [vodka] and shit.”

“And then March,” Paul says. “Take a guess. What is it? Male-only March! So it’s male-only March, we’re gonna attempt to go gay for just one month.”

After considerable backlash on social media and from gay rights organizations like GLAAD, Paul apologized for his “very poor choice of words.”

But he’s doubled down on the plan.

Defending his idea, he explained that “Because sexuality is so fluid nowadays, I don’t think twice about talking about being gay. I don’t give a shit. Being gay is cool to me, I think that it’s a very cool thing.”

“This hurts me because I am such a pro-gay dude,” he added.

Gay people, however, are not so sold on the plan:

Instead of "going gay for a month" can Logan Paul "go away for forever"?

january 2019:
logan paul claims he’s being gay for a month and completely invalidates the shit LGBTQIA+ deal with

find out next year