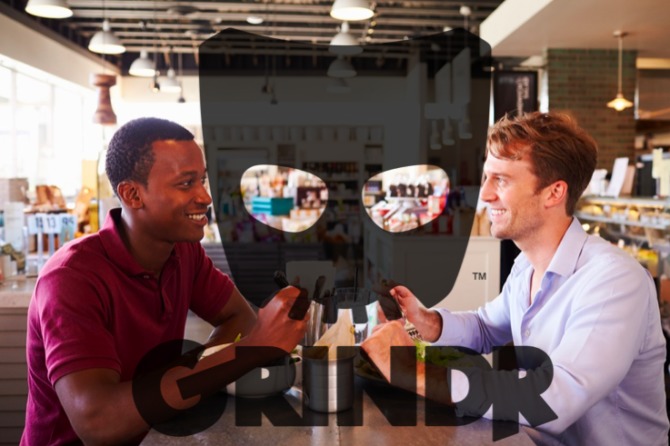 A new study by a PhD student in Copenhagen looks at how Grindr has impacted the ways in which gay men connect.

Kristian Møller is a postdoc at the IT University in Copenhagen. For his PhD thesis, he studied how Grindr has “revolutionized” gay culture, particularly when it comes to cruising.

“Having sex with other men has always depended on ‘spaces’ [hidden from authorities] in the city,” Møller explains. But now, he says, “gay men have used media to create their own spaces.”

He continues, “Grindr has mobilized the digital practice. Cruising has come out in the city again. In that way, the circle is closed. You see someone on the street and think ‘is he gay?’ So you open Grindr and find him.”

Møller also examined how the app has also led to more gay couples exploring the idea of open relationships.

“I found that a lot of people already in relationships searched for sexual partners,” Møller says. “In principle, it’s not surprising. But the interesting thing was the ways non-monogamous relationships were negotiated in relation to the hook-up app interface.”

Related: Boyfriend tells girlfriend he was only ‘looking for weed’ after she discovers Grindr on his phone

Another way Grindr has “revolutionized” gay culture? Turns out it can be a great way to find restaurant recommendations.

OK, OK, this wasn’t exactly a part of Møller’s research. But it’s a story that supports his theory that Grindr has changed the ways gay men connect…

A recent Grindr exchange between a starving tourist in Toronto and a local has just gone viral: 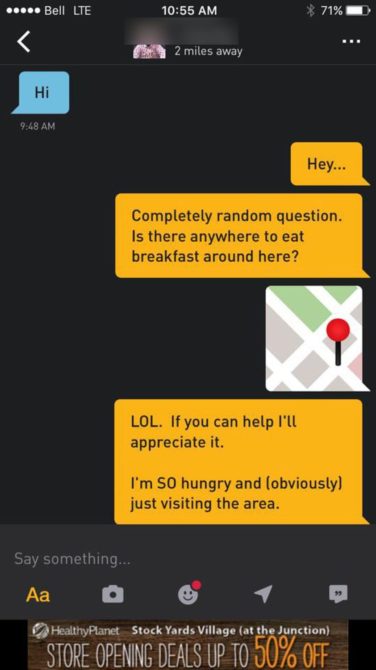 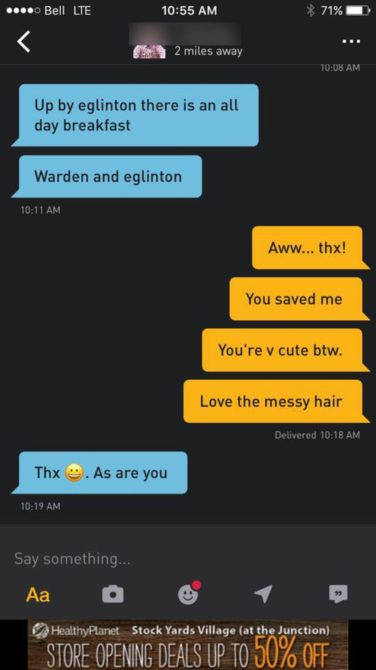 It’s unknown whether the exchange led to a hookup, or, at the very least, a brunch date, but we certainly hope these two found time to meet up.

“When Grindr came out it felt kind of revolutionary,” Møller says. “There was also a certain amount of opposition to digital intimacy culture.”

Clearly, that opposition has died down. And the revolution continues. Grindr users have begun using the app for more than just locating sexual conquests. They’re now using it to make new friends, find housing, look for jobs, and, apparently, locate good grub.

Related: I’m embarrassed to tell people that I met my boyfriend on Grindr, what should I do?